In the early days graffiti was considered as a rebellious act, people would generalize them as (I think of) dysfunction, anti-social, no-life, psycho, troubled,… This was until these graffitis evolved into a new breed, to an art that actually give life to the boring concrete and steel.

Just by seeing the moving images from the last World Cup in Rio de Janeiro (Brazil), it had provided me a solid belief of how graffiti can actually add vibrance to a city. That is when each piece tells a story. A story comes from the very place, the origin. It’s an expression to speak lots of peoples’ mind. Whether you agree or not, graffitis have added so much colors and energy to the entire soccer mania. These graffitis come from professional artists that get paid for, no more stereotyping of just any street kid could do it at will. Some of these professionals get curated at galleries and even seen in various fine art auction. I always appreciate people making art so convenient at ease that just about anyone could use them, just like an ambiguous-looking piece of furniture. It has more than its own design intent for practical use, while also as an installment piece.

Graffiti reminds me of tattoo artists, you see how all the footballers (soccer) have their both arms tattooed. Although I thought some of them look better without them, it’s a trend, a fashion. Some people just want their property walls a fun unique, representable ways. And it’s a on-going trend for the hipsters with the ‘why-not’ attitude.

I bumped into this Californian-looking guy (oh he reminds me of the Maroon5 vocal, Adam) who was holding a spray paint. I had to stop and appreciate his work, the colors he used was just so eye catching. I knew he’s busy and it’s odd to interrupt. I guess it’s my appreciation and curiosity got the little conversation going. We have no idea who each others were until I recalled the Master Kong Quarterly Magazine Issue 2 that featured street arts that I thought this English gentleman might have heard of. Then, he immediately told me he was on it. ‘Small world’ he implied after knowing I was on the first issue. He’s in Hong Kong for about a year originally from the UK. He has a solid foundation from painting in different sizes. He handed me a pair of his signature art stickers (which was a blue camouflage eye) and his name card. He goes by the name – UsedPencil. 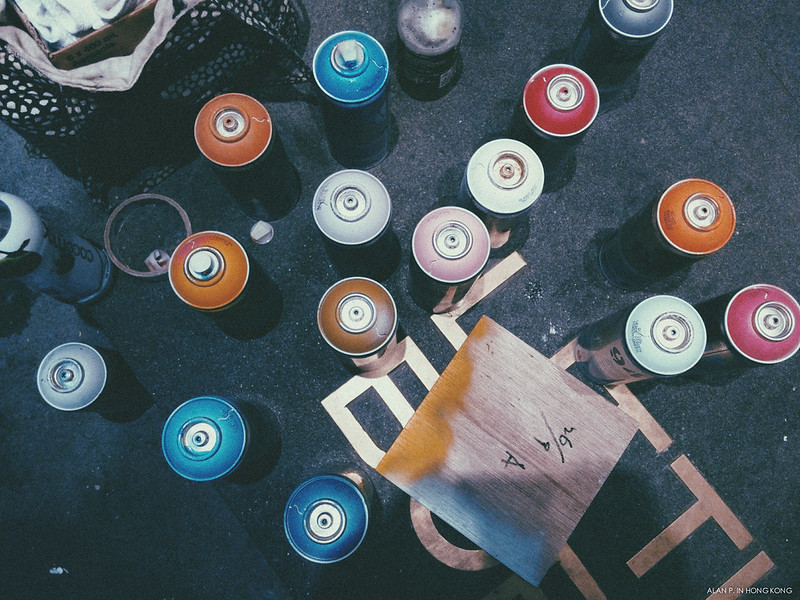 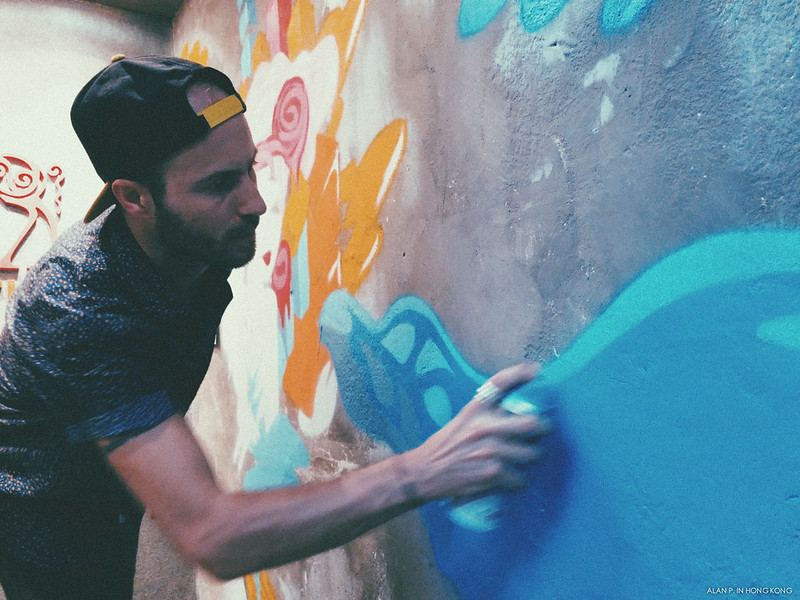 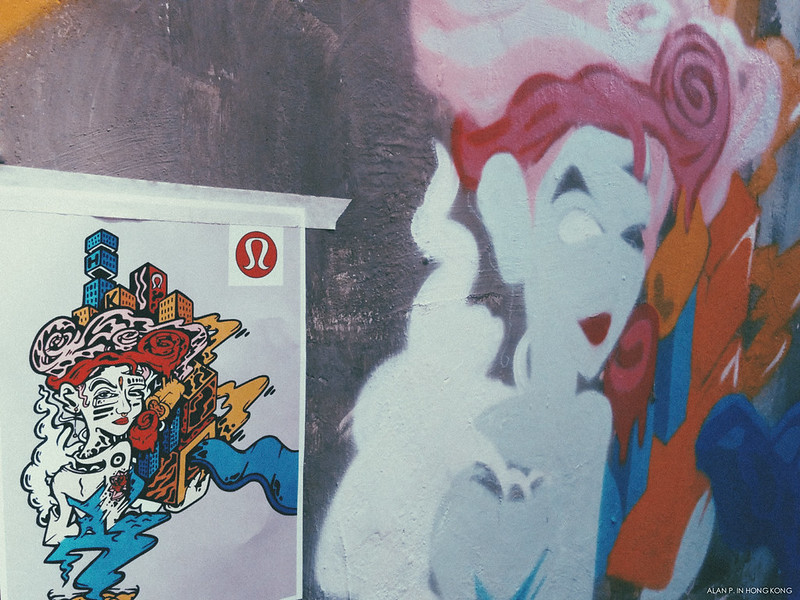 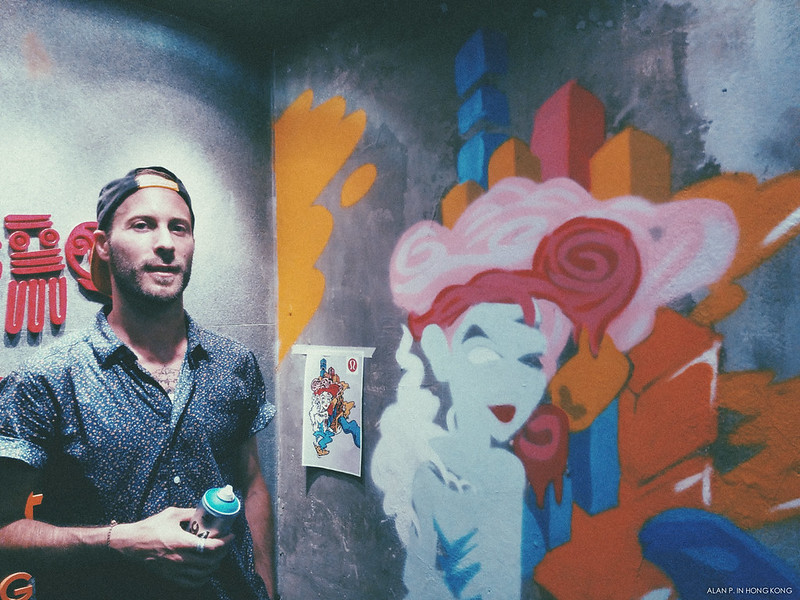 One thought on “Small World”