The greatest debate on a modern city development is how well the local heritage on a site can maintain. It’s common in Hong Kong that urban redevelopment wipes out the original face of the entire zone. We cannot see any ‘old Hong Kong’ which many of us wish to re-visit, re-live the experience in the past. While most of the old Hong Kong heritage can be found in our Museum of History, it’s never comparable to a living one.

As a newer generation, I’m keen on these kind of living tradition. Besides the original purposes (mostly bring luck, prosperity, remove evil beings), it brings joy, entertainment and celebration to the people. I don’t think it’s easy to come up with a new traditions based on our region. That’s why we try so hard to embrace the existing ones. To name a few, the Fire Dragon Dance in Tai Hang and the Cheung Chau Bun Festival.

Some of you might have seen a photo I’d taken from my Island Getaway project here, there’re the photos of the annual Bun Festival in Cheung Chau. It’s a ritual parade over the island of Cheung Chau to celebrate the Birth of Buddha. Apart from the normal lion, dragon dance, what’s special about this parade is that they dressed children as the ‘mini living statues’ to worship with. Each dressed up children on the trolley has become the center of attention, traditionally they dressed the children as gods, Chinese fictional characters. The locals have brought new twists to the children’s costumes as well as props that goes with it. Anything that’s in trend we can think of, some dressed as celebrities and even politicians, government officials to reflect the status of current affairs. It’s very unique.

The locals have made bun towers to worship with. Somehow, some time, they had turned it into a competition. It takes place in the midnight 12am. The buns you see on the tower has become the label of this special day. It’s told that the red stamps on each bun can bring you luck! It’s no surprised that everyone grabs a few of these steamy buns from the local bakery. The label ‘平安 or Ping An’  translates as calmness and safety. There’re also all kinds of printed souvenir available, from key chains to neck pillow, anything you can think of it might be there!

It’s my second time visiting the festival. My first time had to cope with the scourging heat and sweat. Not too pleasant considering the journey travel to the island. This time due to the uncertain weather forecast, many decided to stay home making it a rather cool day and not as crowded as imagined. I feel that I’m obligated to show the world the images behind this Bun Festival due to my love for this island. I wish one day I would be granted to see the behind the scene of a few of the performer groups. For now as a visitor, it’s still a cool point of view. 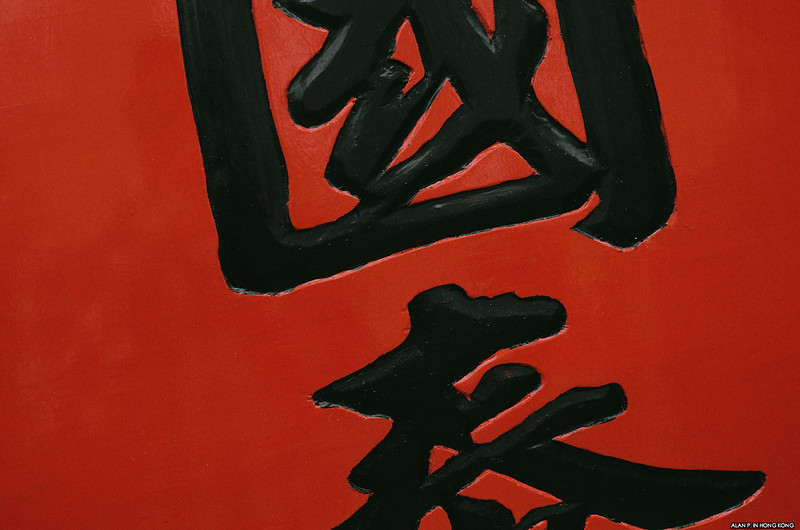 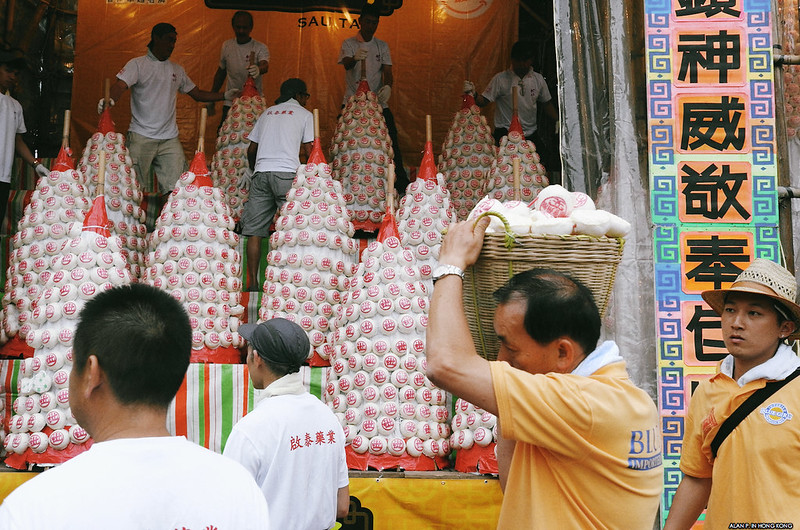 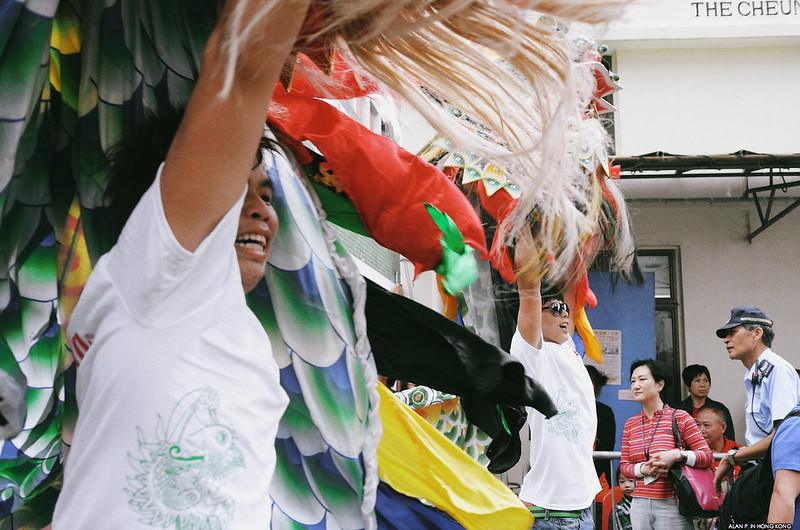 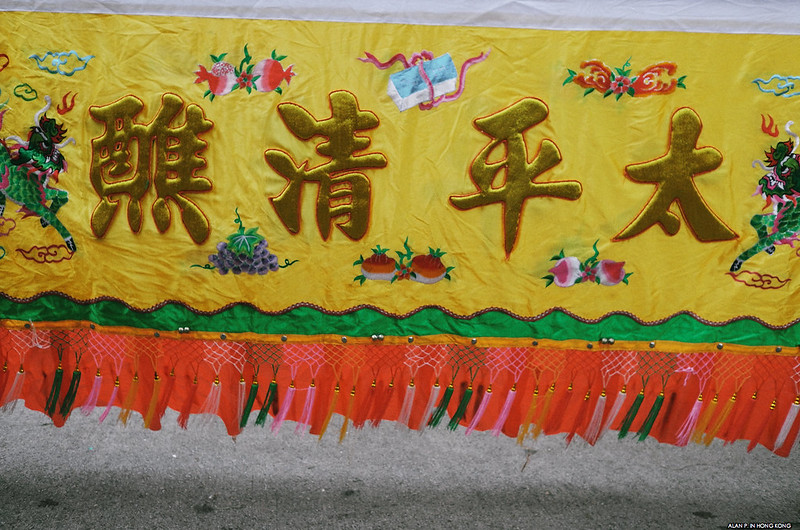 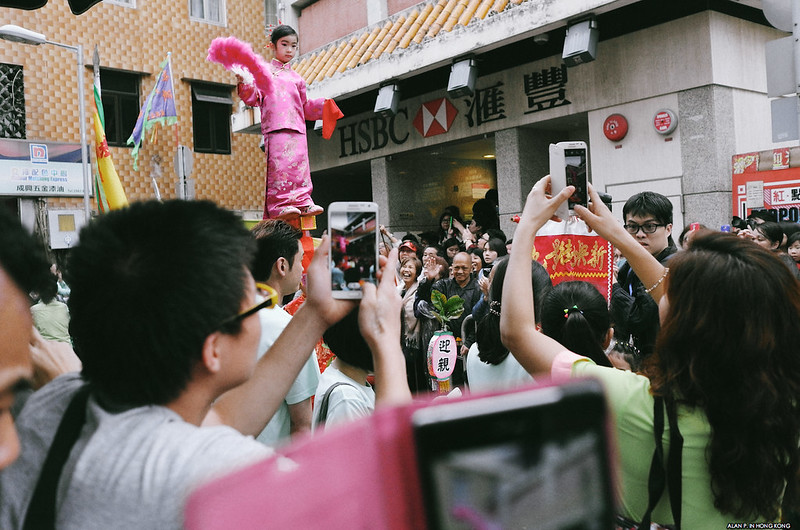 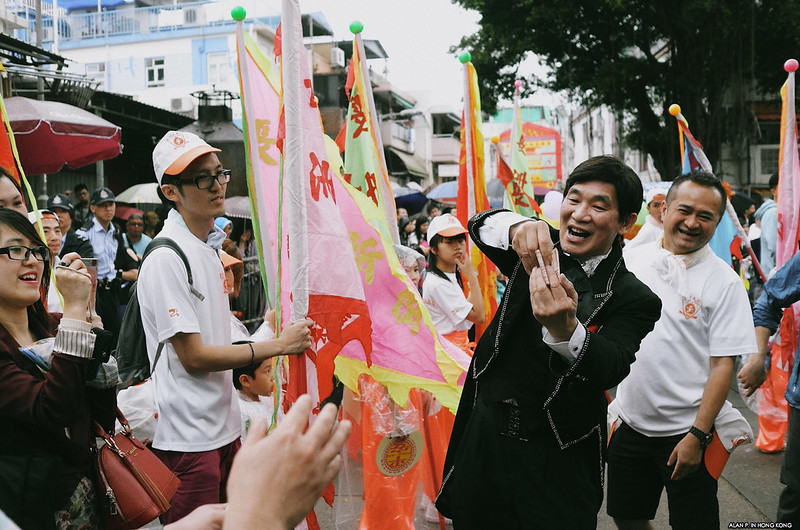 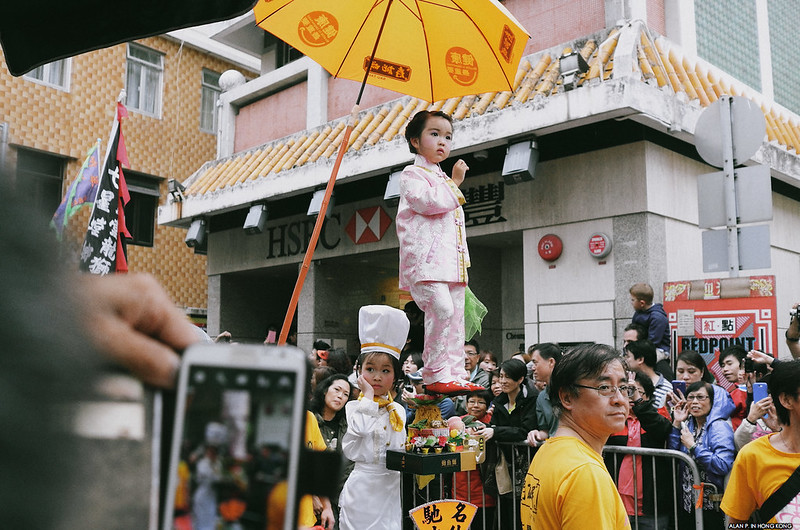 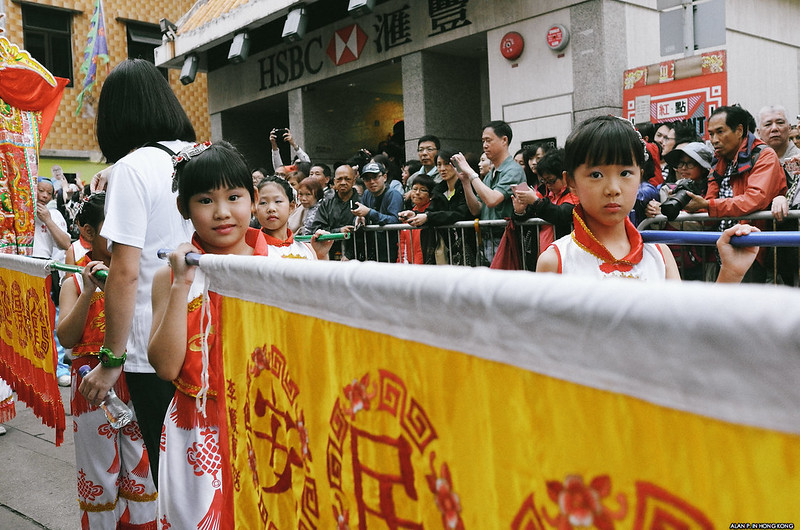 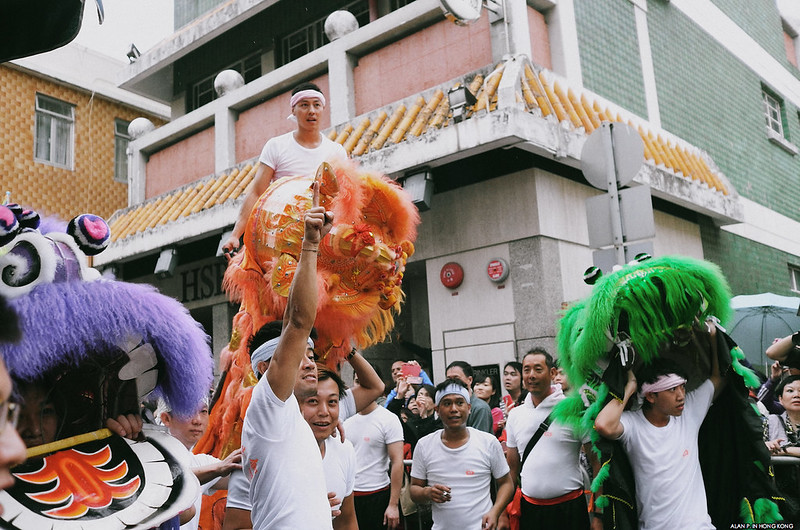 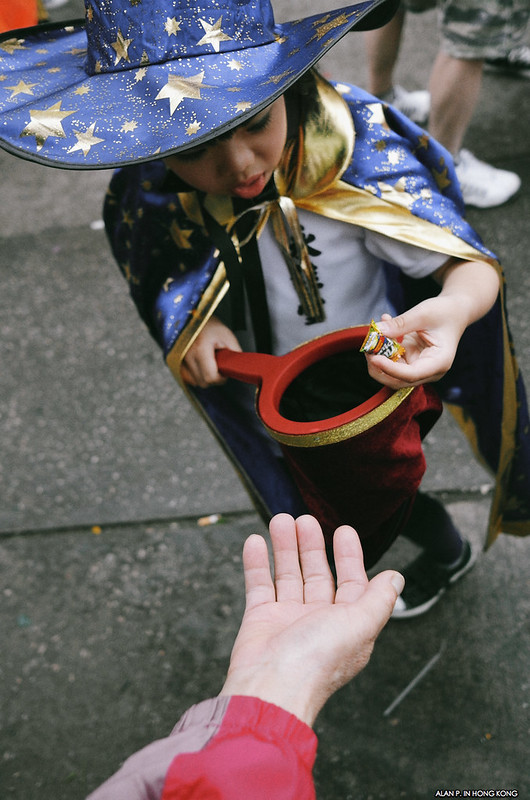 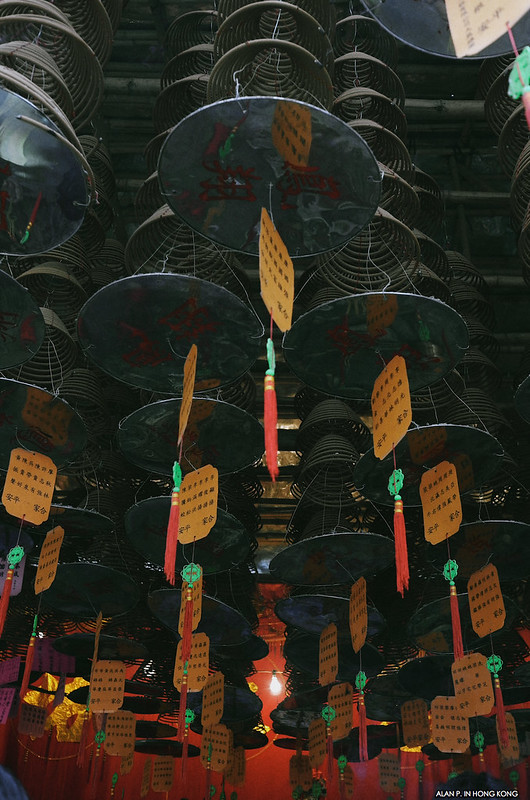 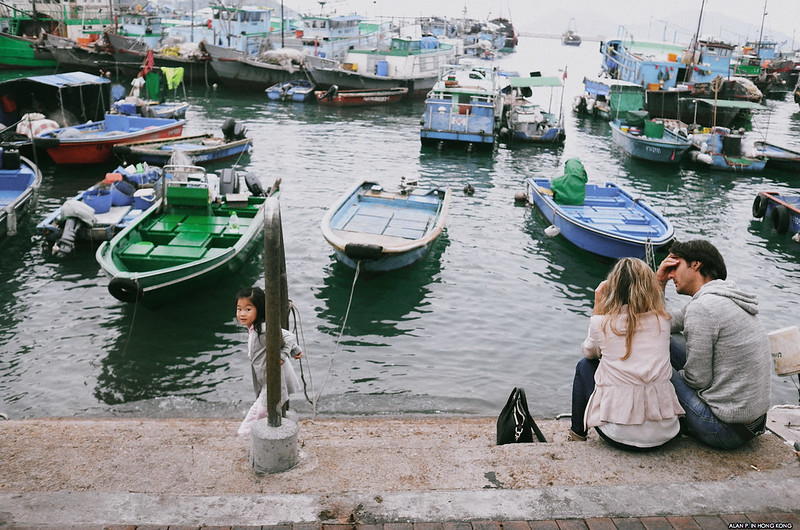 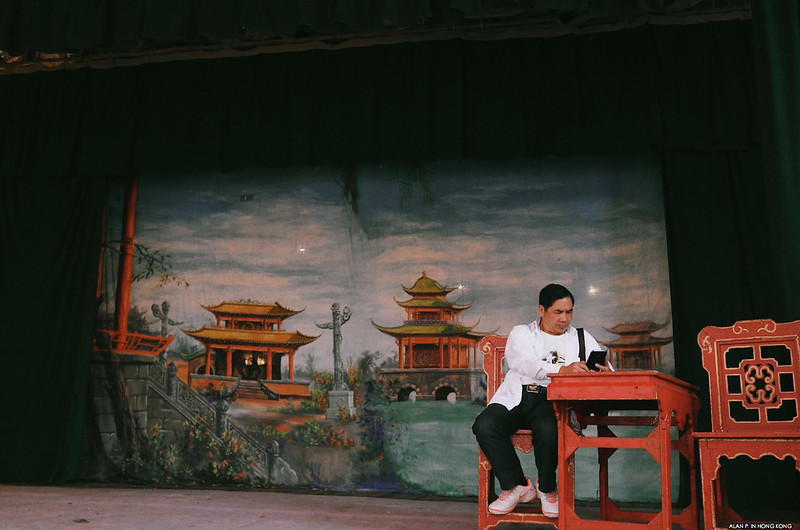 (It was a month ago)

Once a year in the Chinese world, we have something called the Dragon Boat Festival. It’s also the festive holiday where we all eat the sticky rice dumplings. While I’m more into the stick rice more than the dragon boat races around Hong Kong, it’s still no doubt a free entertainment unless there’re other better things to do. What’s unique about dragon boats is not only the head of the boat – a dragon. The rowing rhythm is often controlled by the on-board drum leader. It’s usually the drumming, whistling and chanting that I believe brings fun to this sport.

Seeing it live versus on TV gave me another perspective on how the event proceeds. I get to see the athletes here and there at the stand, in the water, and right by you. Is it really that exciting? On TV, yes! In person, probably not! In fact, I think it’s more fun to watch school kids on a track day than the dragon boat race.

As for now, I’ll be missing my sticky rice dumplings…the same time next year, see you again.