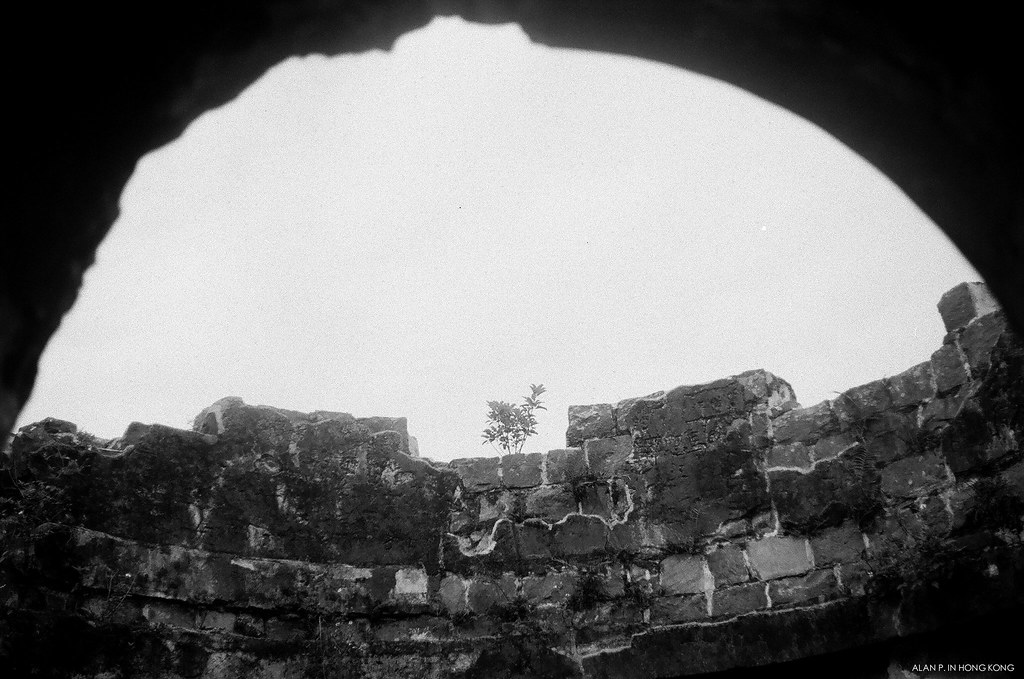 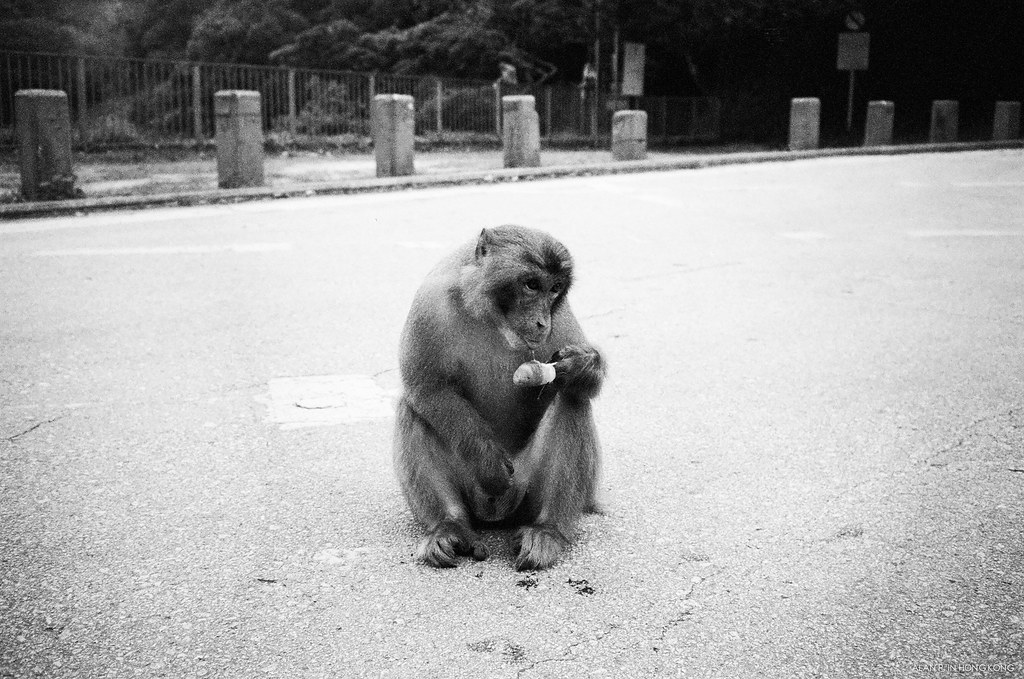 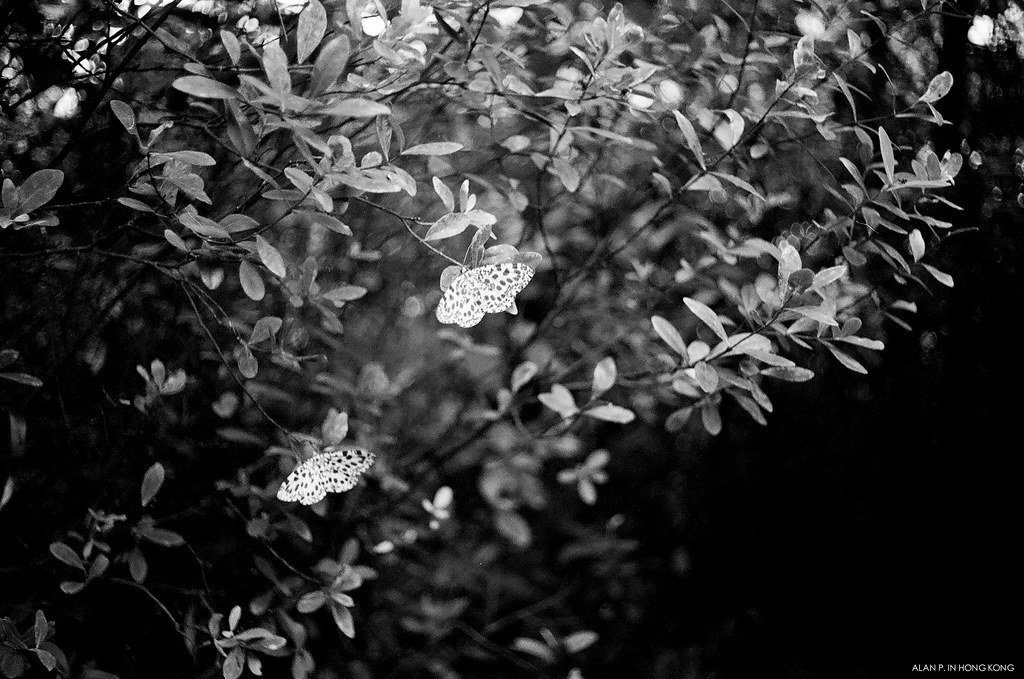 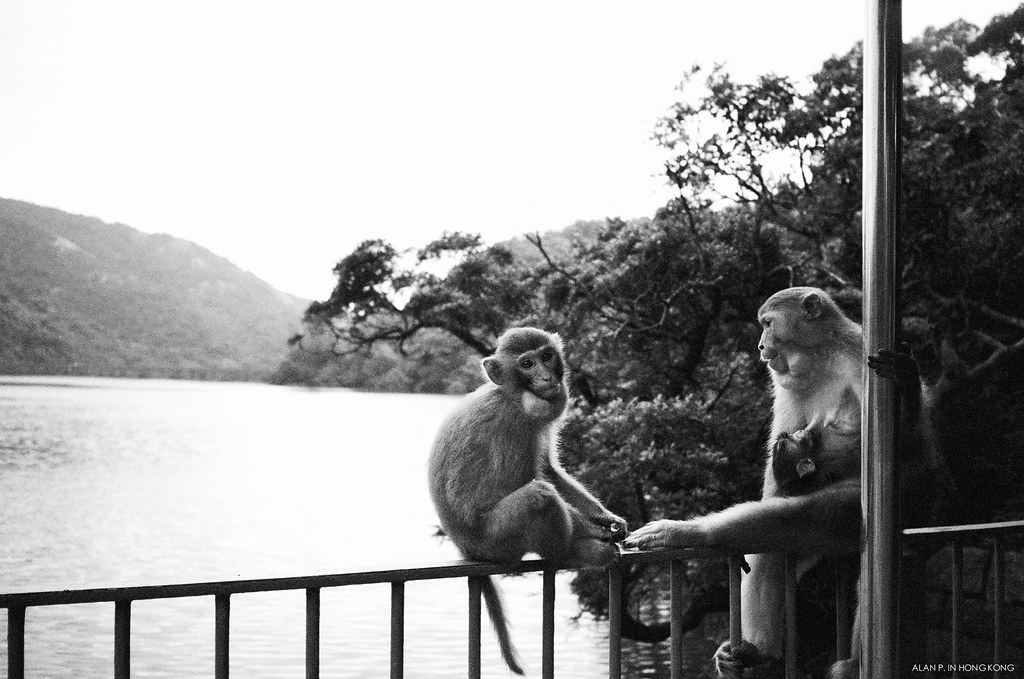 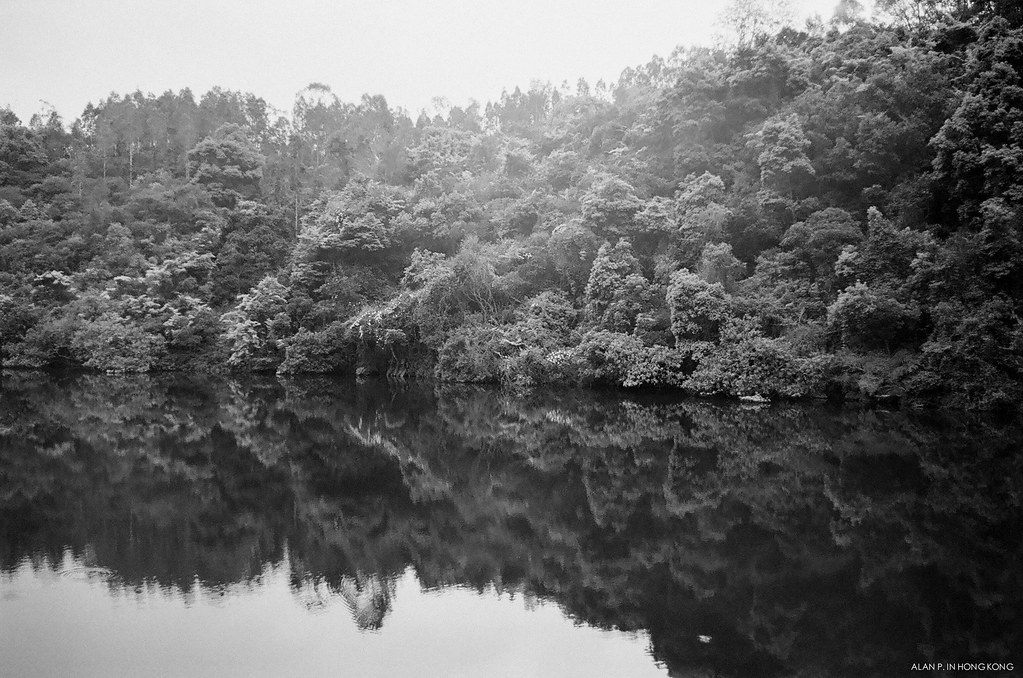 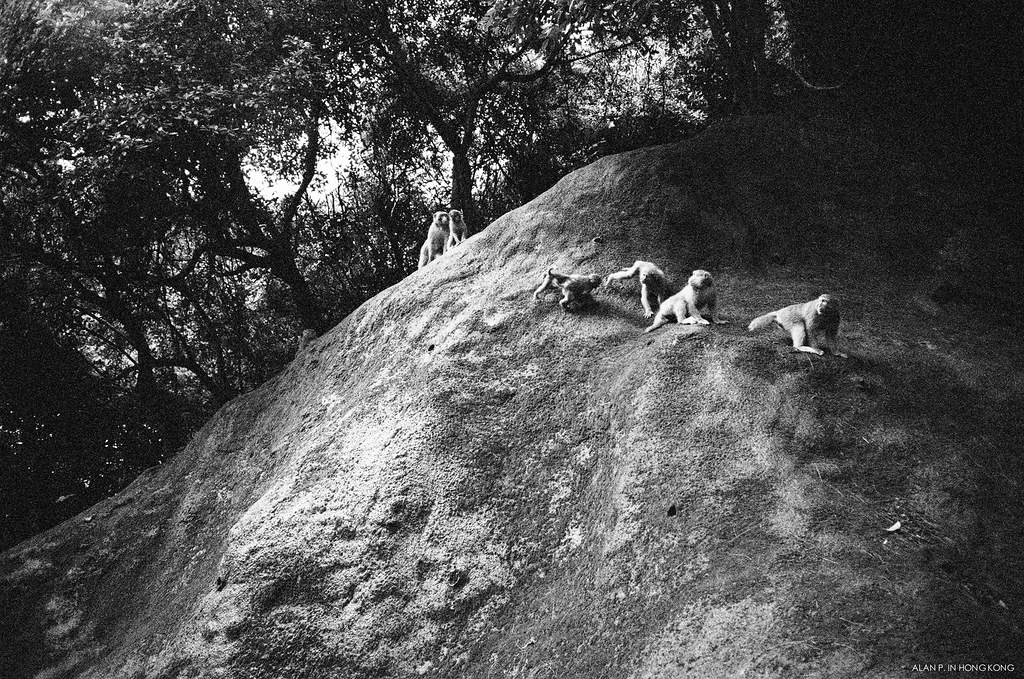 We’re at the end of 2015 and had been quite a year for me to remember. Just by starting off with 2 casual exhibits on display in public (means a lot to any photographer), working together with some amazing people for a local culture documentary book and their lifestyle news web, joined a launch party and photographed for an event, invited to photograph for a really wicked company marketing campaign, was given allowance from Germany for a photobook testing, got invited to be a contributor for the local Tumblr creative artist blog, first time traveling in Asia (Taipei), cooking in public with a chef coat next to an executive chef in a food & beverage exhibition, and how about meeting back some lost friends.

I really got a taste of being a hired photographer. The staged street portraits for the lifestyle web (The Loop) have been a cool way to experiment with the location, natural lighting, viewpoint, mood for the interviewed essay. From exchanging our contact and sometimes being able to join the interview allow me to know the person better, seeing what others have been doing in Hong Kong. I often explained to people that I’m not a commercial photographer. I do not even know if it’s really called freelance. It’s hard to put a description of what photographer I’m when I consider my work less of a street photographer now. I think what matters more is what I could put out for people to see.

I have totally learned an interview is carried out, how to produce my own photobook, how to fill in my pieces for a bigger collaborative work. I’m grateful I could meet some new people out of my tiny regular circle.

All that I mentioned was never about money. It was more of a fulfillment to my life and passion. 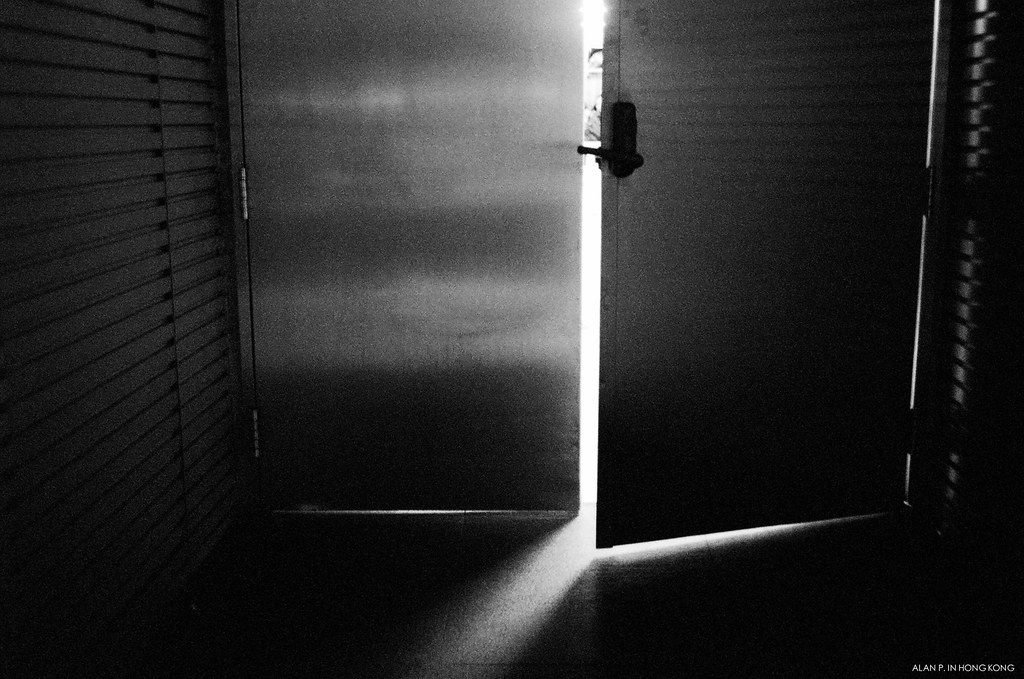 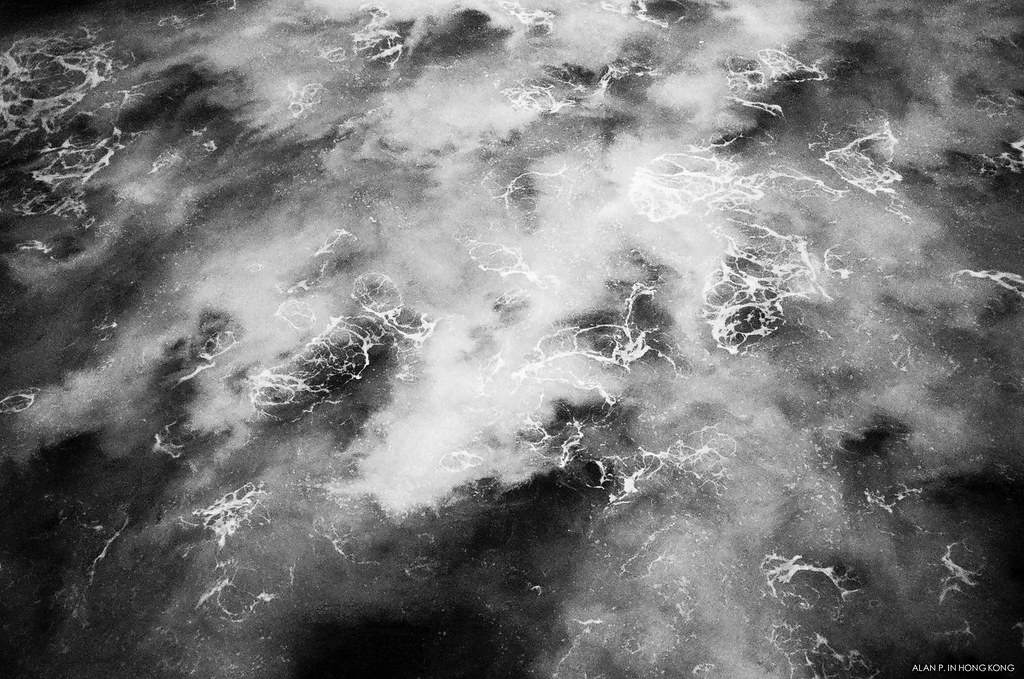 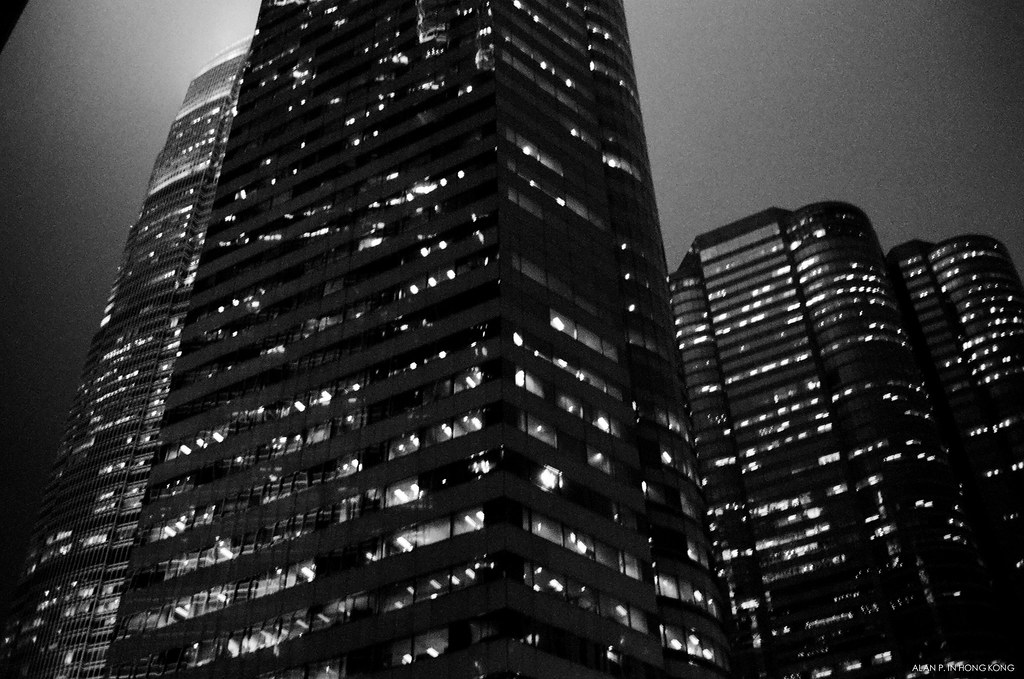 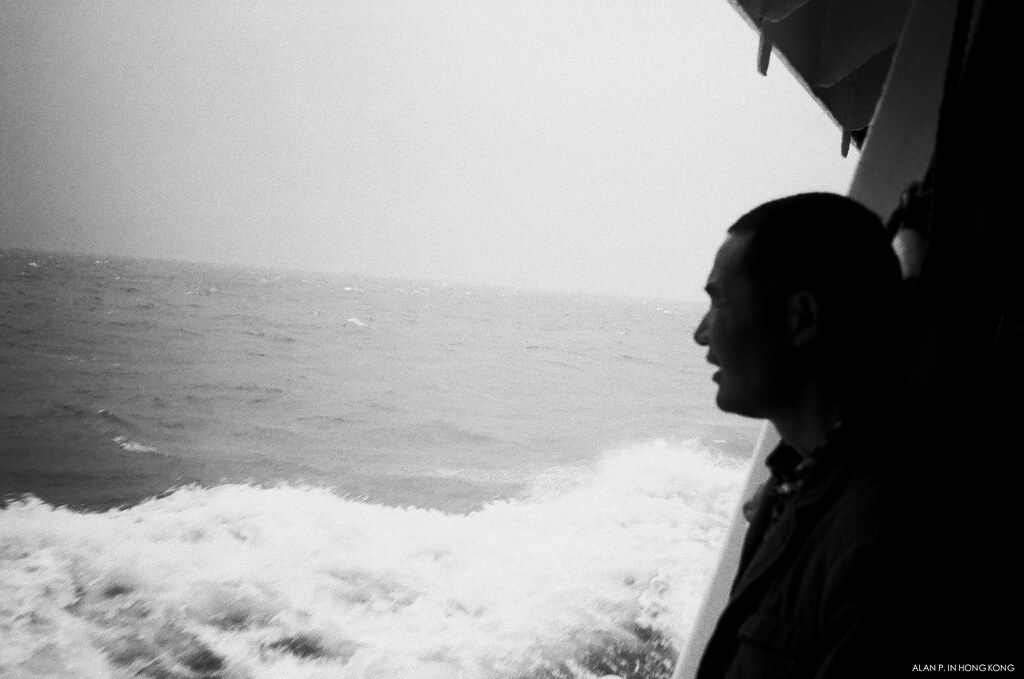 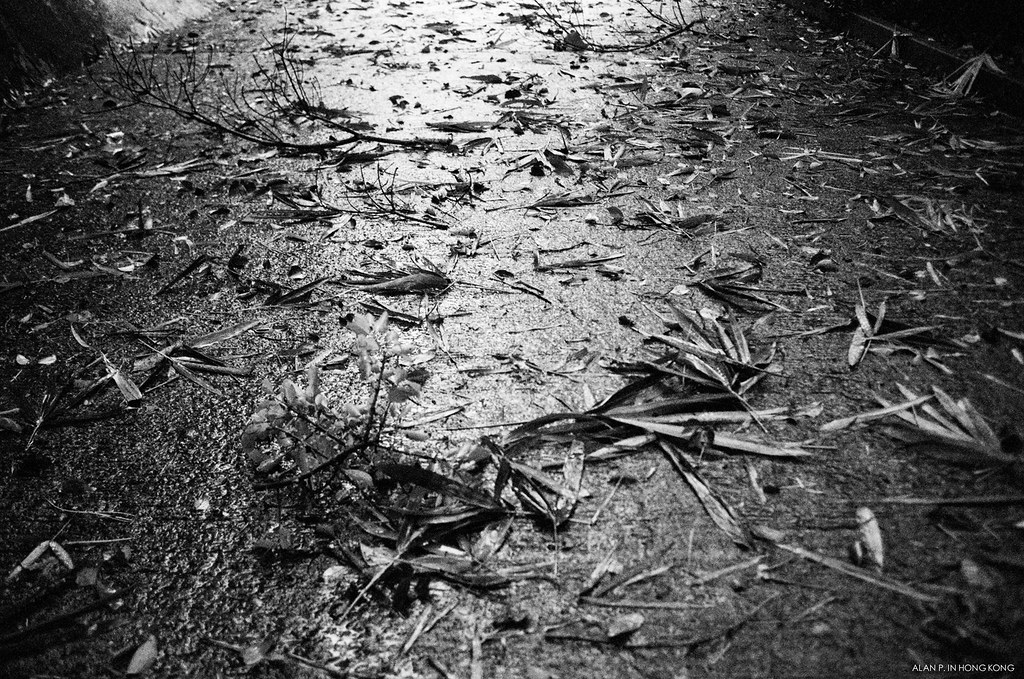 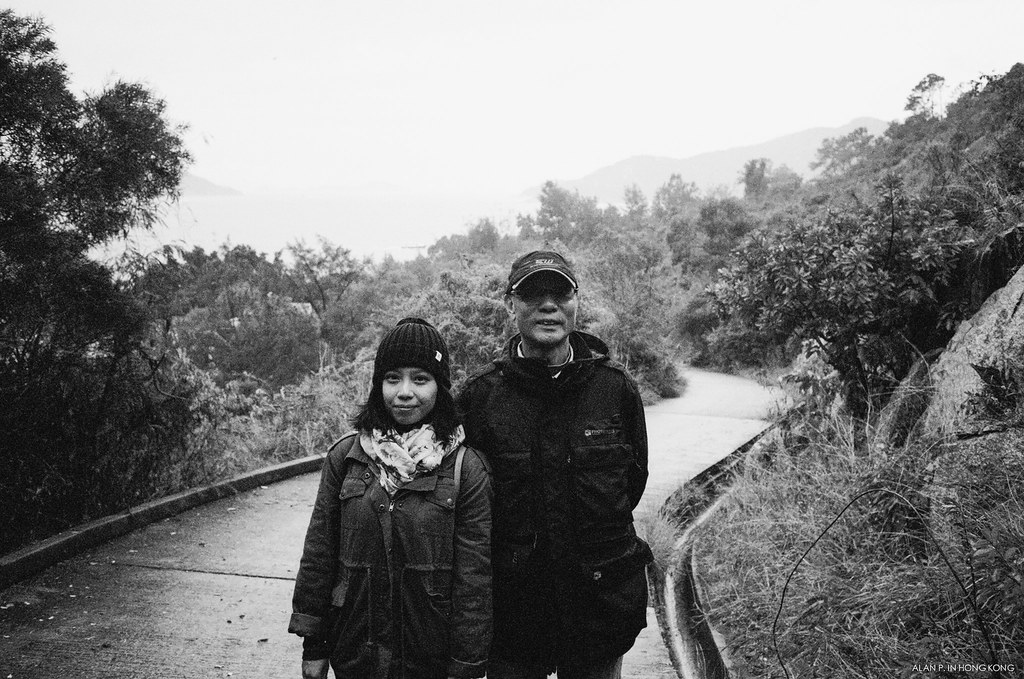 The last 3 photos were taken after our last interview I joined at Cheung Chau. It was a rainy day. And Photographer Mr. Au was showing his generosity as well as Cheung Chau native hospitality to take us for a hike. It was memorable due to the gusty wind (as if a typhoon) and rain water. The force of nature was unimaginable, with the continuous sound produced as the gust hit the trees and seawater. Totally out of the equation..

‘百花齊放’ (meaning all flowers are in bloom) was used to describe the hyper-sonic economic growth during the 70-90s. All the previous generations had implied that: Despite all types of works, if you were willing and able to work then you can live and have a family.

Walking along the main passage Connaught Road West which stretches along the entire West District is like walking through a time tunnel.

Our iconic double decker tramway system is part of the ‘still-functioning’ heritage on the Island. Its longest route runs from the West end of Victoria Harbor to the East end of it, in Shau Kei Wan. I would dare not to travel from one end to another unless I’m in some kind of crisis. I could imagine how long it takes with that many stations and stop lights, unless it’s for a rented tram party at night. Some of the most popular historic images found in the museums archives had actually taken place on the West end. There’s the famous Dried Seafood Street as a back drop from Sheung Wan (the beginning section from the commercial-heavy east end), then to the older residential community in Sai Ying Pun (the mid section where luxury apartments are now in place), and lastly the Kennedy Town had undergone the most changes. It used to be a spot where all the ‘dirty’ facilities were located, such as slaughtering facilities, incinerator and hospitals with plague. Now, it has become the new SOHO, the hippiest spot on the island. Lots of ‘sea view-ready’ apartments, fusion restaurants of all type and of course the chic cafes and pubs. I’d imagine the older residents would feel totally shocked seeing all the drastic changes.

‘Wiped’ is a bittersweet phase to use for the older community, some are still well tucked in on the quieter quarters. Some dying businesses and handmade crafts (or some people prefer calling them as art now) are still struggling to survive in this modern city. These skillful masters are either too old, no one to pass along (nobody wishes to do it for living), China can manufacture it more efficiently with comparable price, or simply the business can’t cover the operating expenses. The aging community is undeniably fading away and get replaced by the executive-level and well-off residents. Some say that, it has brought new energy to the area. It’s really up to how you want to put it.

All the increasing rents were driven up by the arrival of subway extension project. The property developers had been eyeing on all the old blocks ever since the project was given the green light. The subway has in fact brought convenience to the district and its people. I have heard plentiful of welcoming voices from the residents, however it’s another story to the business owners. 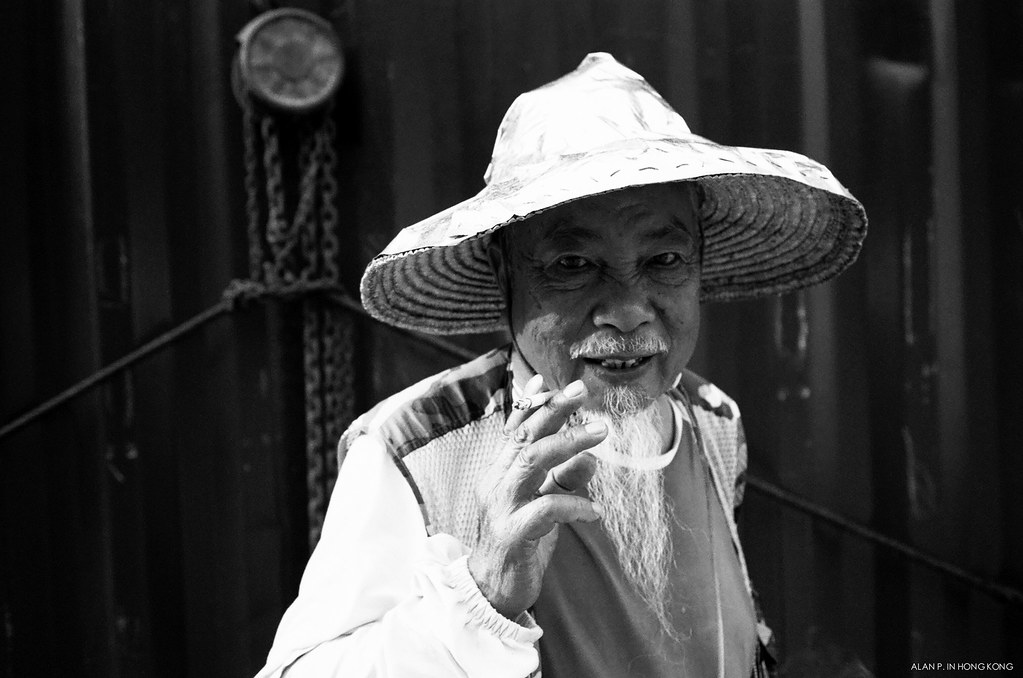 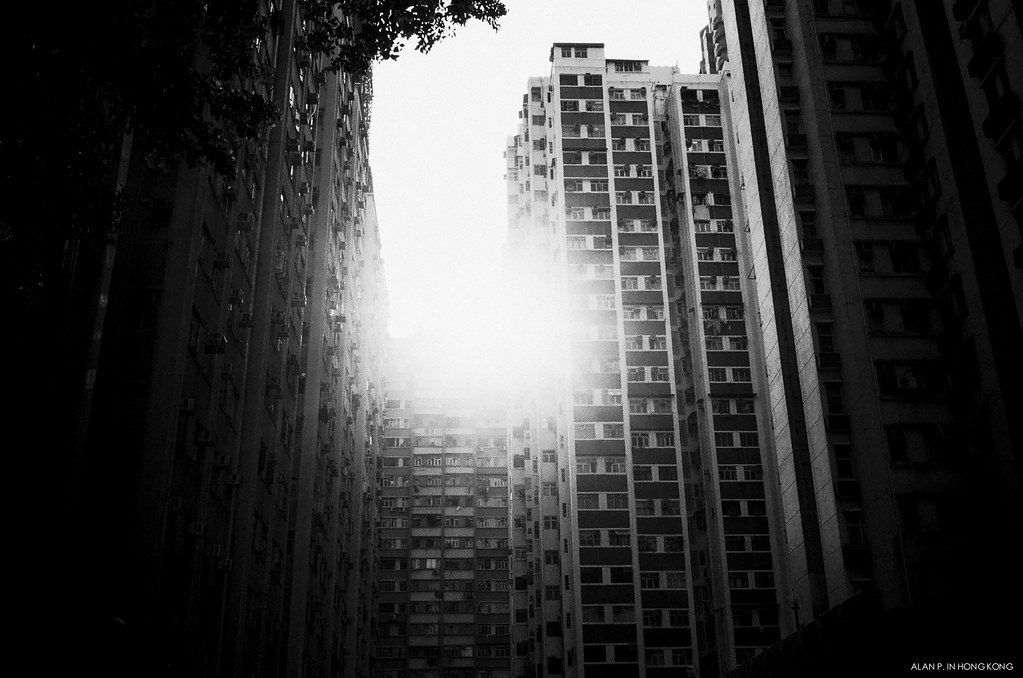 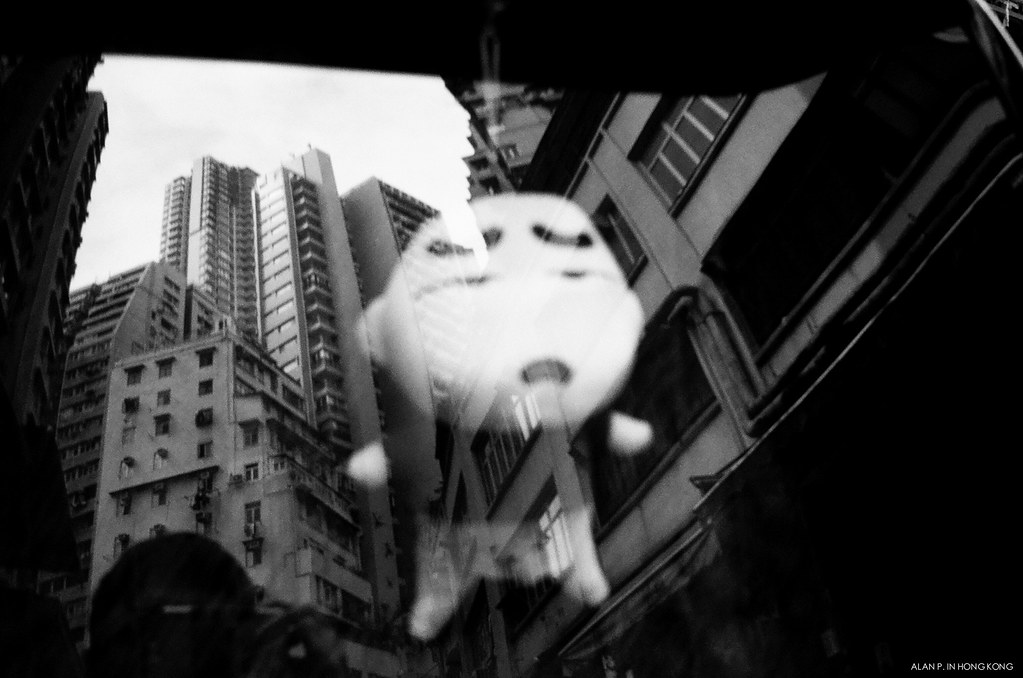 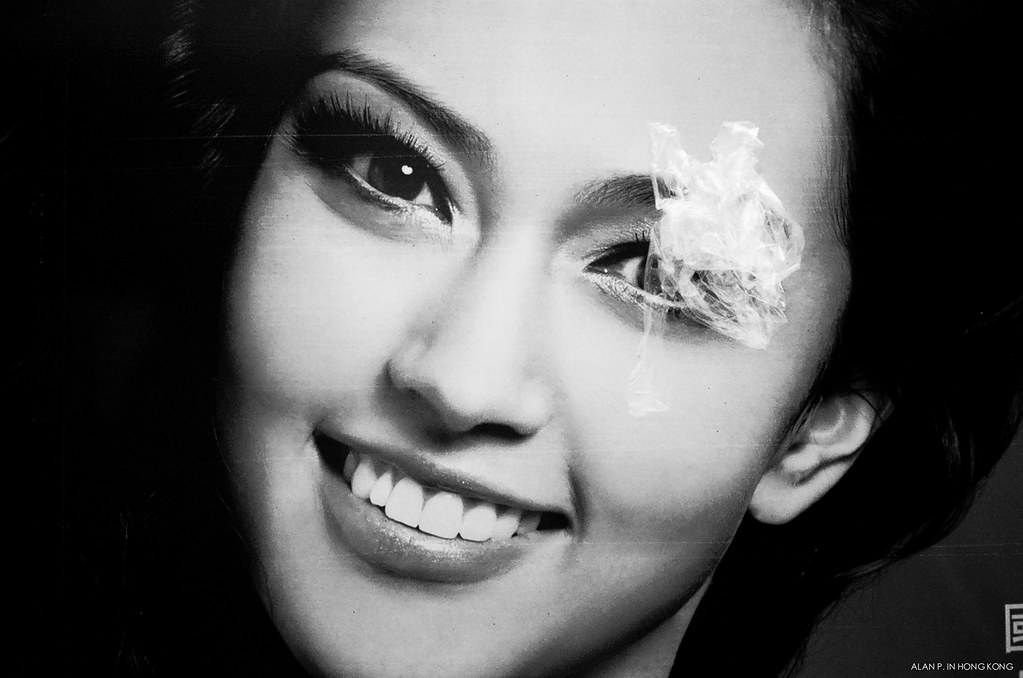 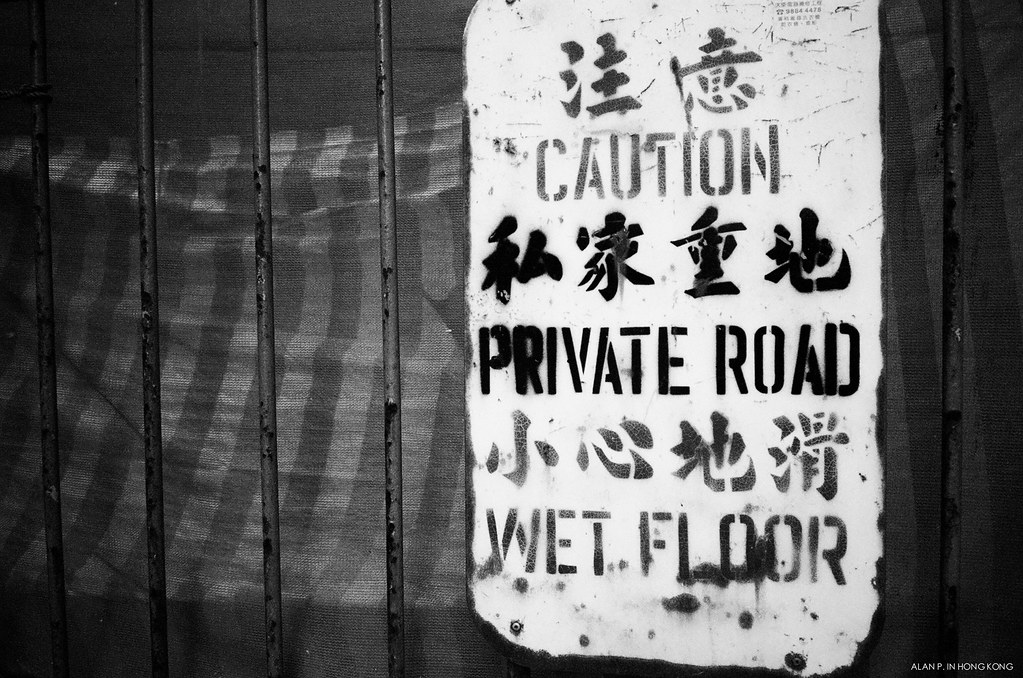 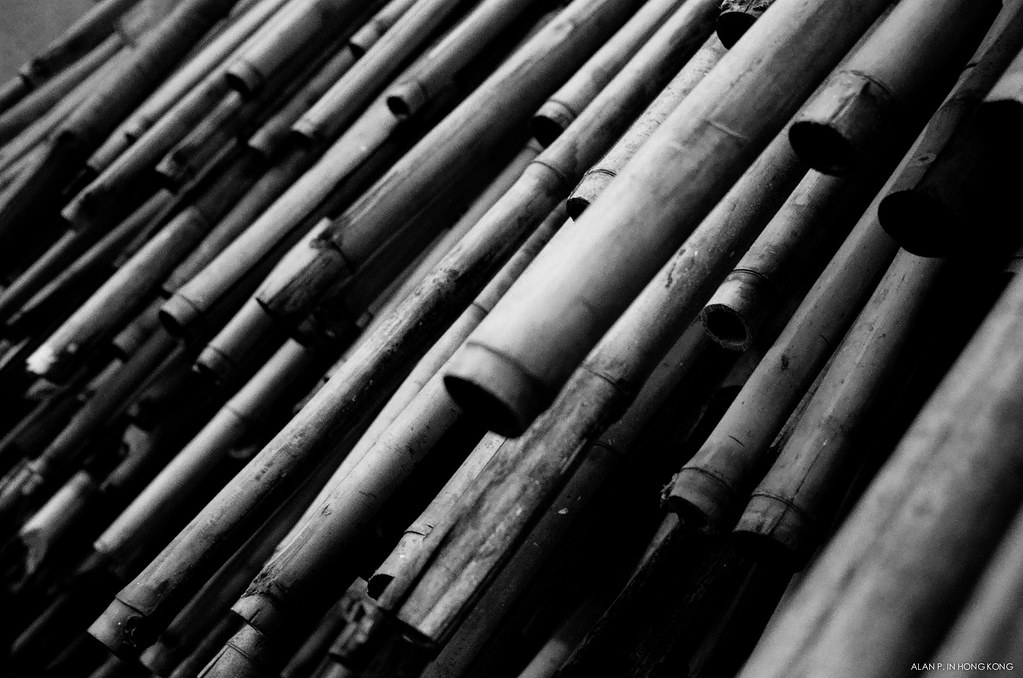 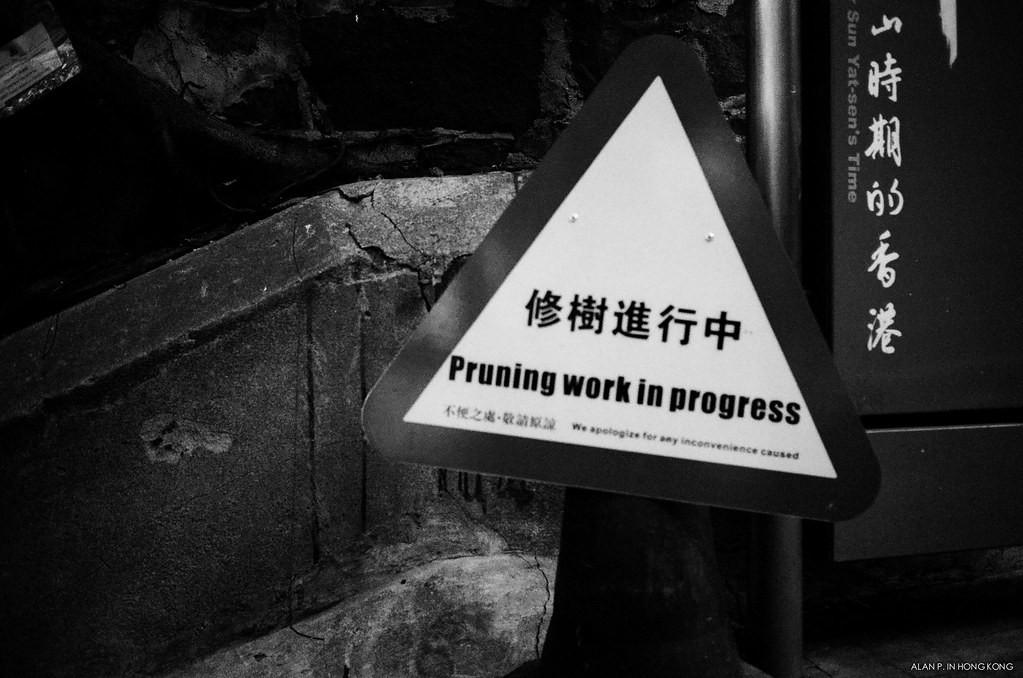 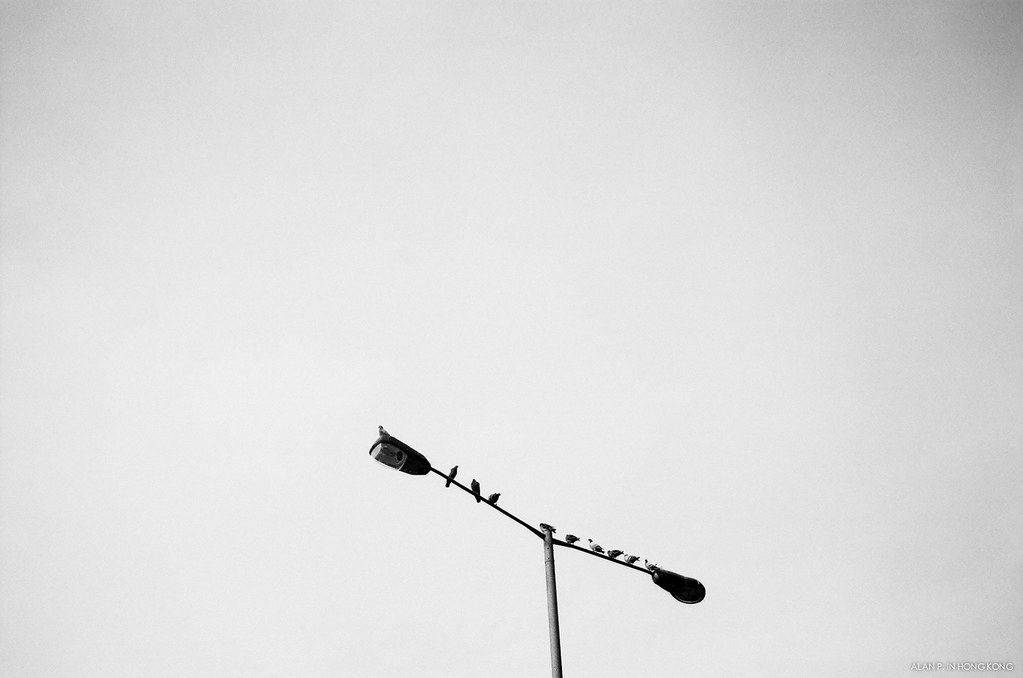 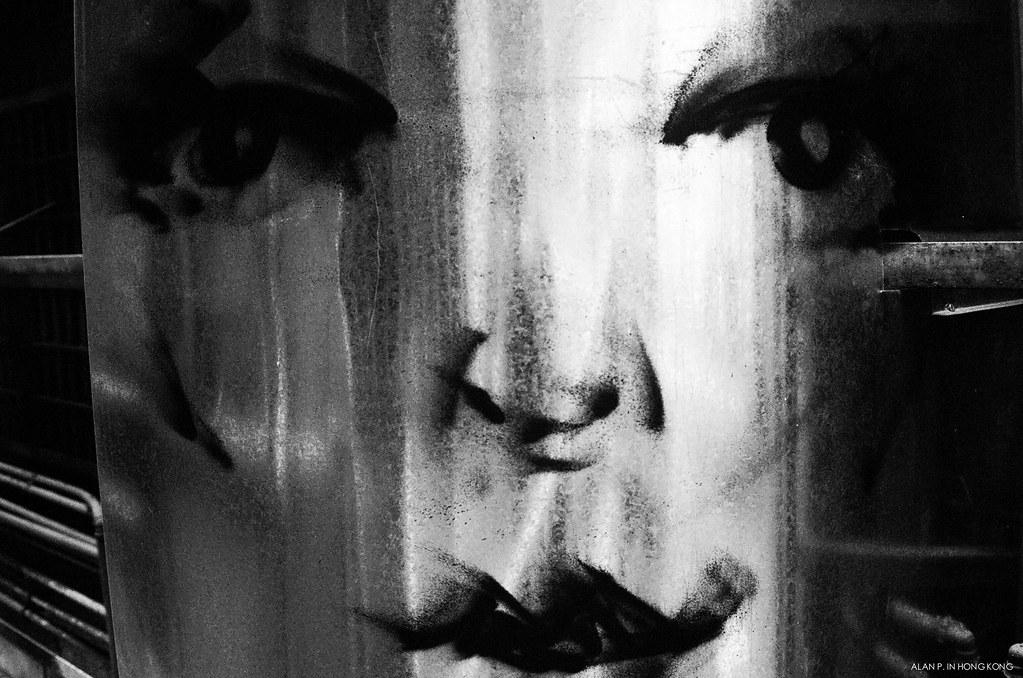 True story: Two colleagues of mine were forced to move out of the West District years ago due to the hefty rent raised by landlords. They moved across the harbor, across the mountains; making it at least an hour and a half to commune to work (not uncommon for northern district residents). Most of us would consider 30 minutes as the ideal sweet spot to commune. Some enjoy the trade offs, for fresher air and quieter living environment; some don’t. But then what are the choices.