After all those years in the States, I had friends. Most were students, some were ex-colleagues. Some remained in touch, some just disappeared (back then Facebook was still so new) no matter how hard I try looking them up. There’re always something I have in mind want to say to them as time gone by. They’re part of who I’m now, whether it’s the time we spent in school, hangout, workspace. There were all there for a reason.

If somebody still remembers you, you just have to be thankful you are part of their life as well. You might be just a tiny role under his/her long list of friends. At very least, you are bounded by care and aware of the past in a very similar like way you do. 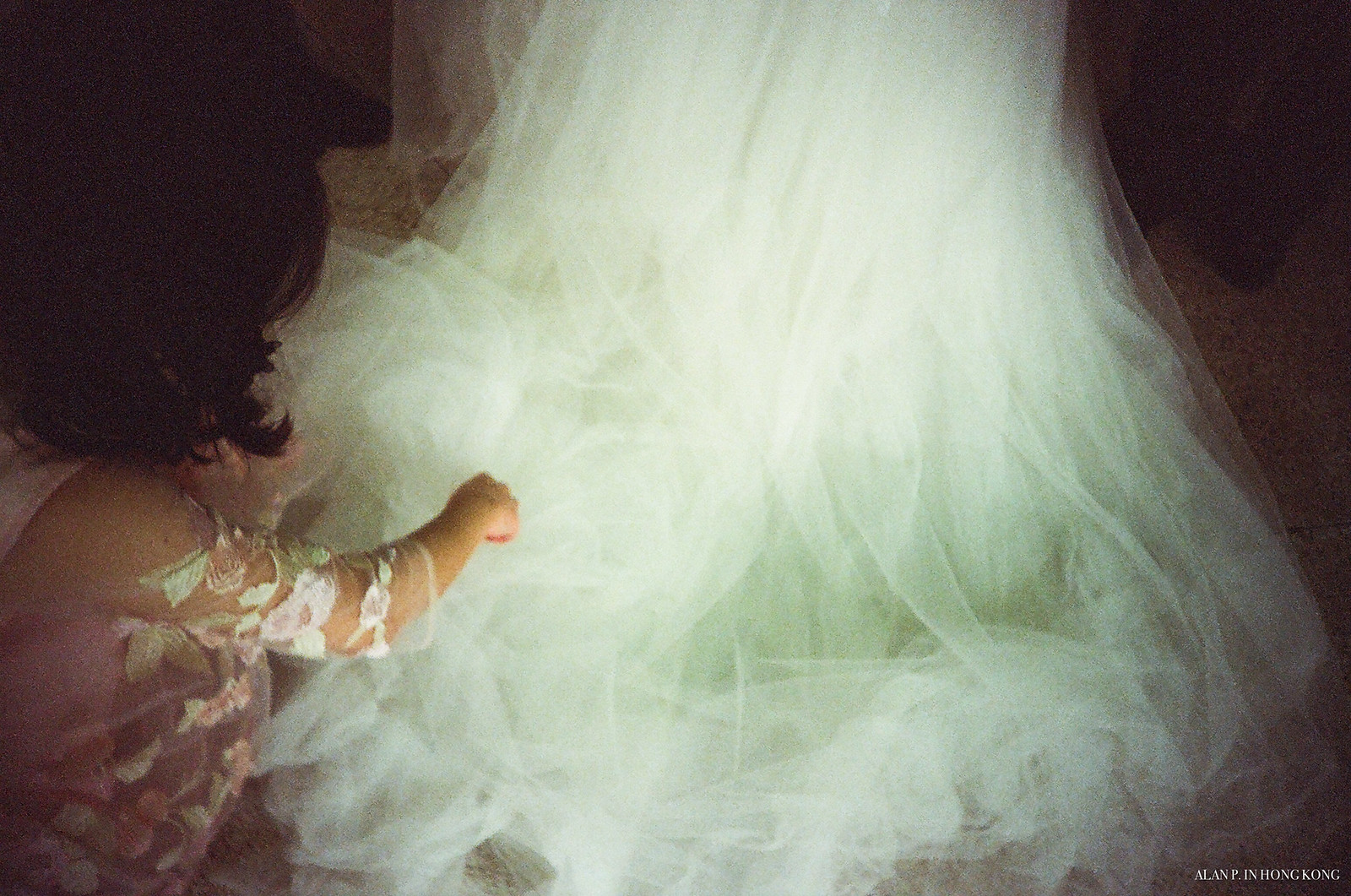 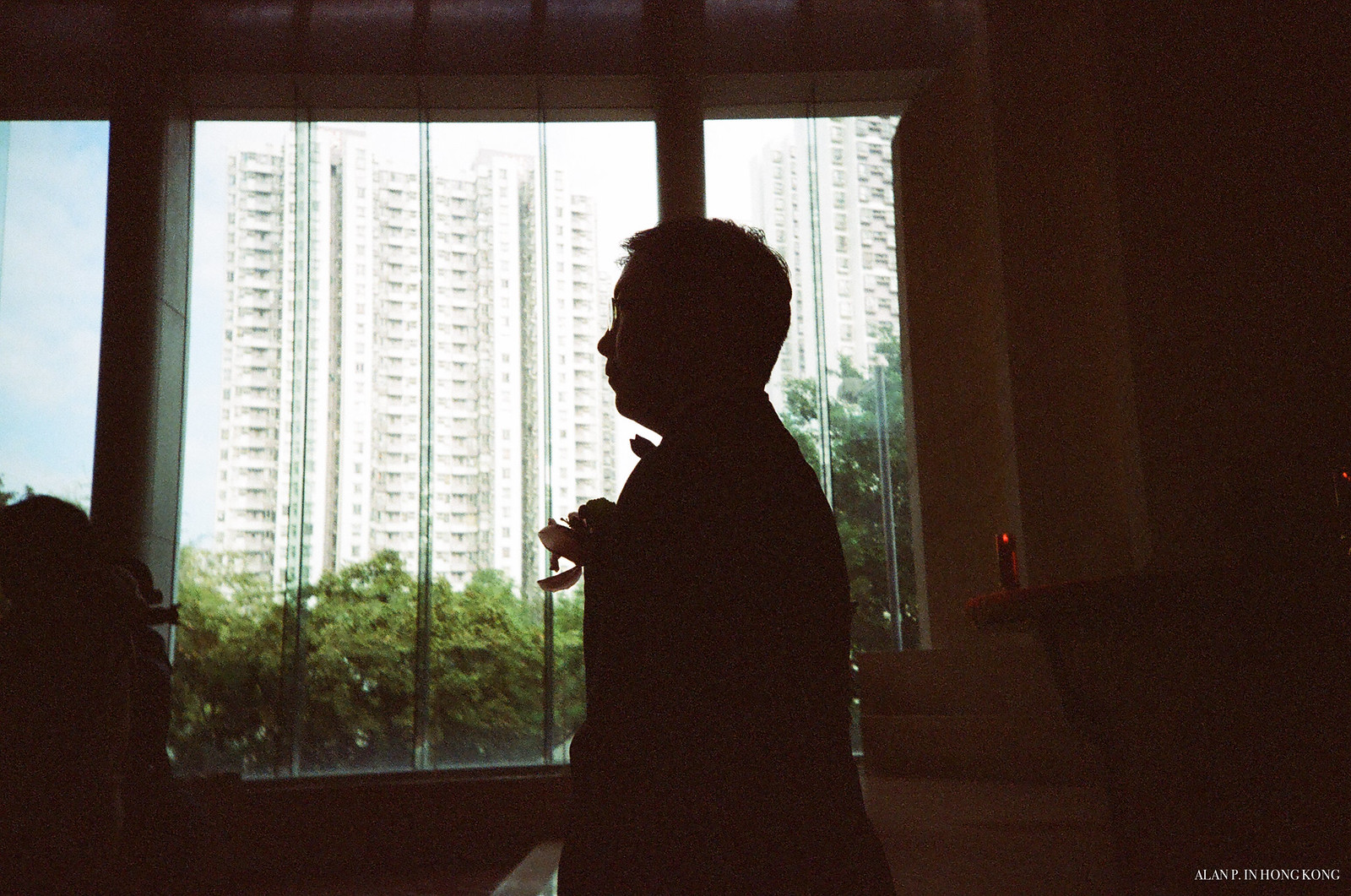 This friend of mine used to worked in the same office with me while in the States. He’s not the most talkative in front of me, but in and out of the office he had taught me a few things. He’s always calm on the outside and inside is like a super computer working a formula to solve an equation. Yes, he was in the I.T./computer science territory. In order to readapt life in Hong Kong and he refigured his formula – his career. He’s a role model.

His wedding last year was his milestone, a beginning to a new life. He specially asked me to take down two dozens of photographs in positive film. I could not be happier to capture these moments in a (analogue) way no other would understand. Perhaps results did not come the way I wanted because of all the restrictions in church and their own hired photographers/videographers. These two keepers may not even be in perfect exposure, to me there’s enough room (hopefully him too) to reimagine the entire day as part of the memory. A bride whom I did not know and my friend looking down the aisle.

These came from my backup camera for the day. I love the documentary part of my first unofficial attempt on a wedding shoot. And I also love the fact that, “do not expect me to give you results you’d expect from a traditional wedding photographer, but I’m going to show you something else”.

One thought on “Years Gone By”