They say the best way to deal with fear is to face the fear. The highest mountain is always there for any challengers who wish to conquer. Tai Mo Shan is the highest mountain in Hong Kong. And the first time when I passed by the bottom of this mountain, I was thinking how tall it is. I kept thinking another time, another day, just not the coming week for this. It was always a wishful thinking to encourage myself get ready and learn more from my experiences before the ultimate hike.

I thought it was the wildest idea to hike anywhere on the hottest day of the summer. It turned out It was not just doable, it was a good way to sweat, to train, to explore all at once. There’s no point in waiting until the next winter and spring.

On this hike to Tai Mo Shan, I picked this route on the last minute right before going to bed. I knew this day would come, just not this soon, not after that good night sleep. Unlike most seasoned hikers prefer begin early in the morning, I prefer in the afternoon and finish by dusk.

The highlight of this route i took was the waterfall. It’s the longest waterfall in Hong Kong and it’s broken down into at least 3 main sections. I spent altogether 30 minutes just to appreciate our nature. You can travel around the world and take a transportation to sightsee the biggest, widest waterfalls, but you can never get this feeling of exploration on foot. It was the first time I felt like playing a real-life video game. There was a little climbing required, some narrow passes were by cliffs, allow 1 person at a time. No wonder there were so few hikers I found on the way. 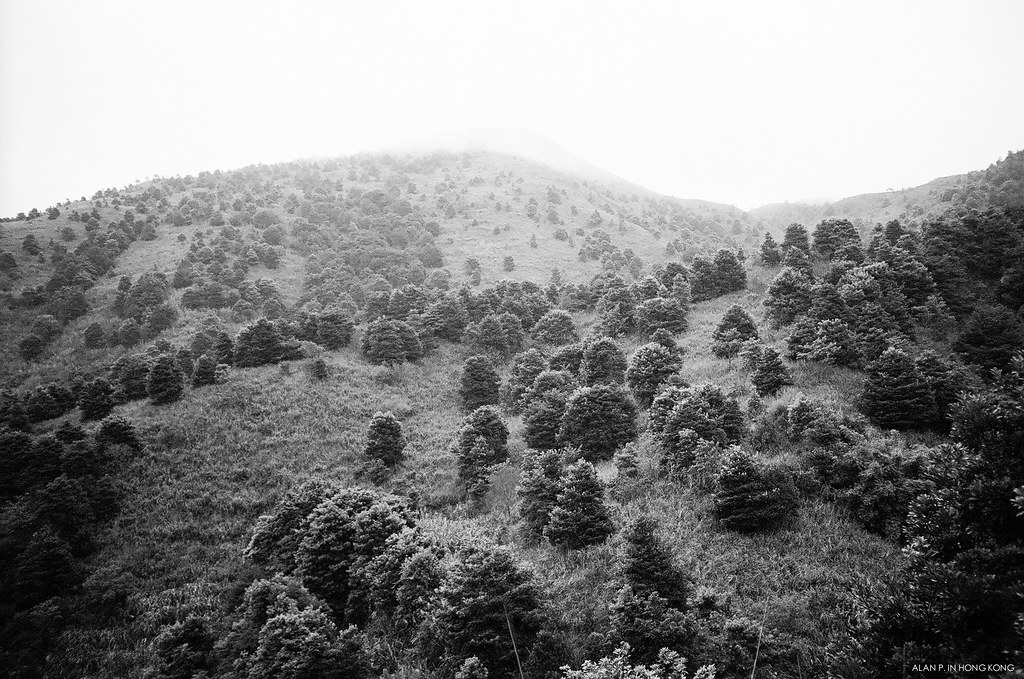 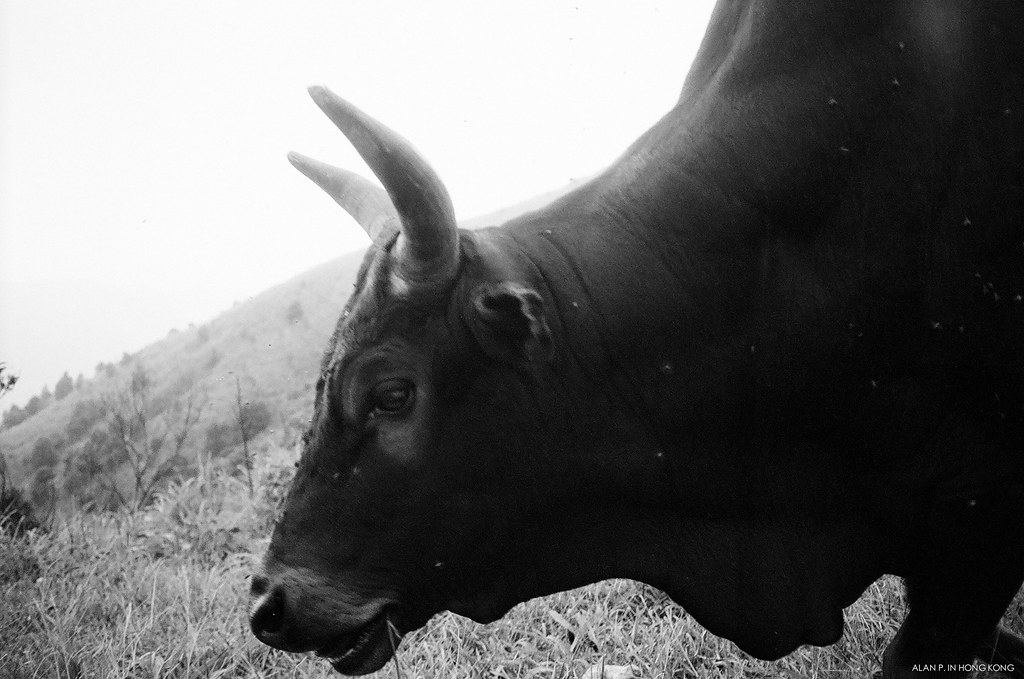 It takes some courage to finish this rocky section before reaching the next stage at around altitude of 700m. Not only it was long, it was steep. The last stage was a tarmac road path and that’s when I met a bull munching on the grass in distance quietly. The thin haze and the gentle mountain slopes at the back completes the beautiful scenery and there I was sitting on a rock overseeing the entire real life picture. I’d been really fortunate camping at the right direction where cows walk right by my side. 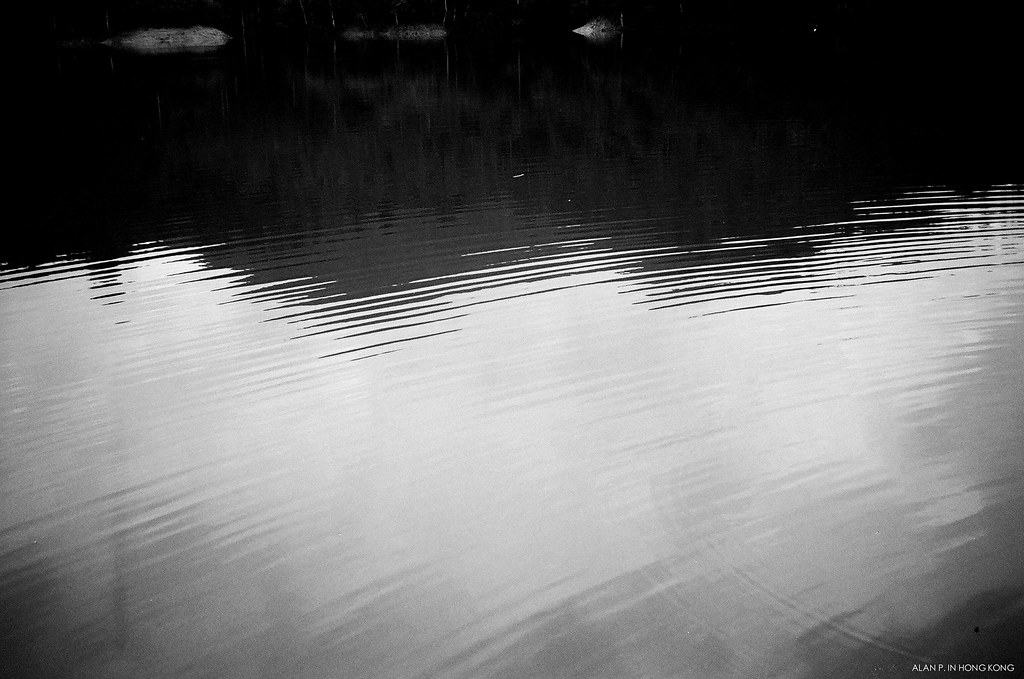 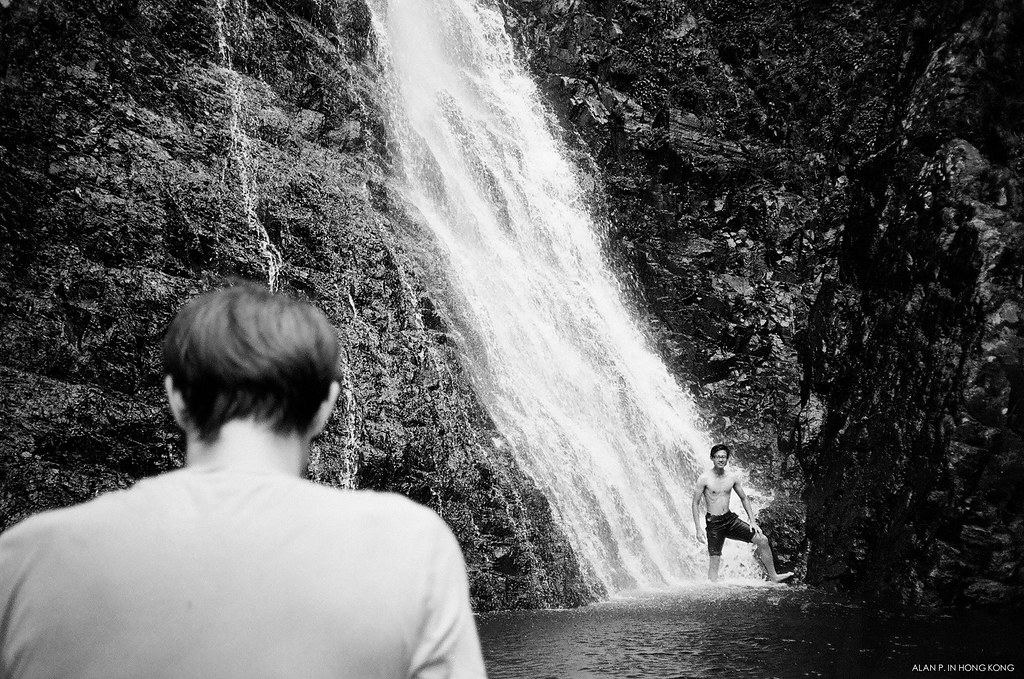 There was not much to see then from there on, except the gigantic globe at the observatory station. It was so foggy even on a clear day like this. That’s why Tai Mo Shan 大帽山 (phase meaning: Big Hat Mountain) is often called as ‘The Foggy Mountain 大霧山’ which it sounds exactly the same as the original name in Cantonese. 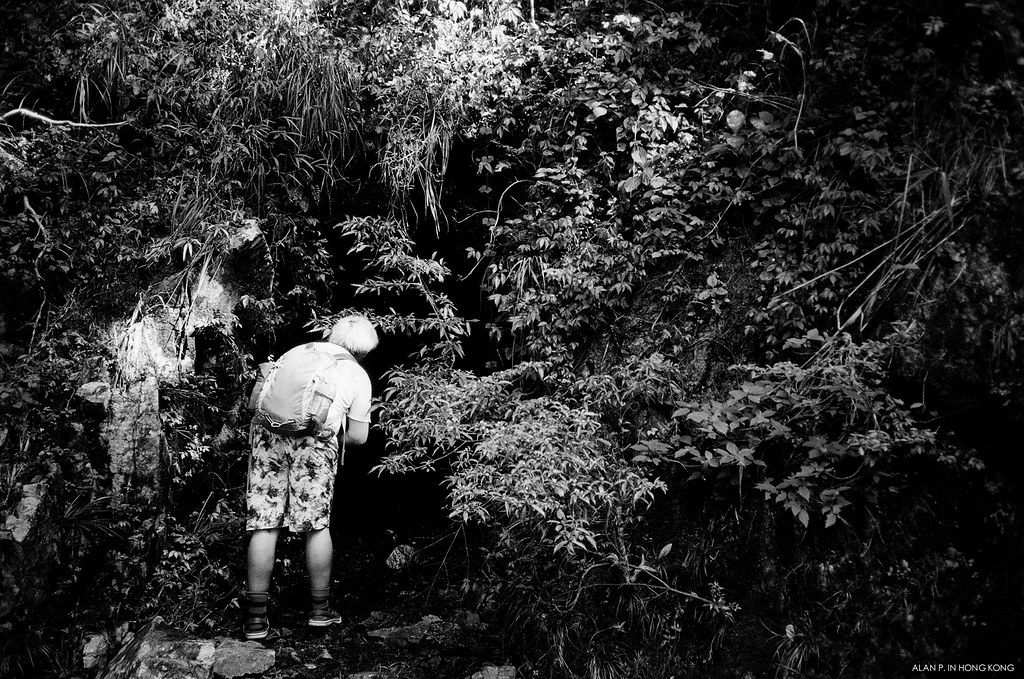 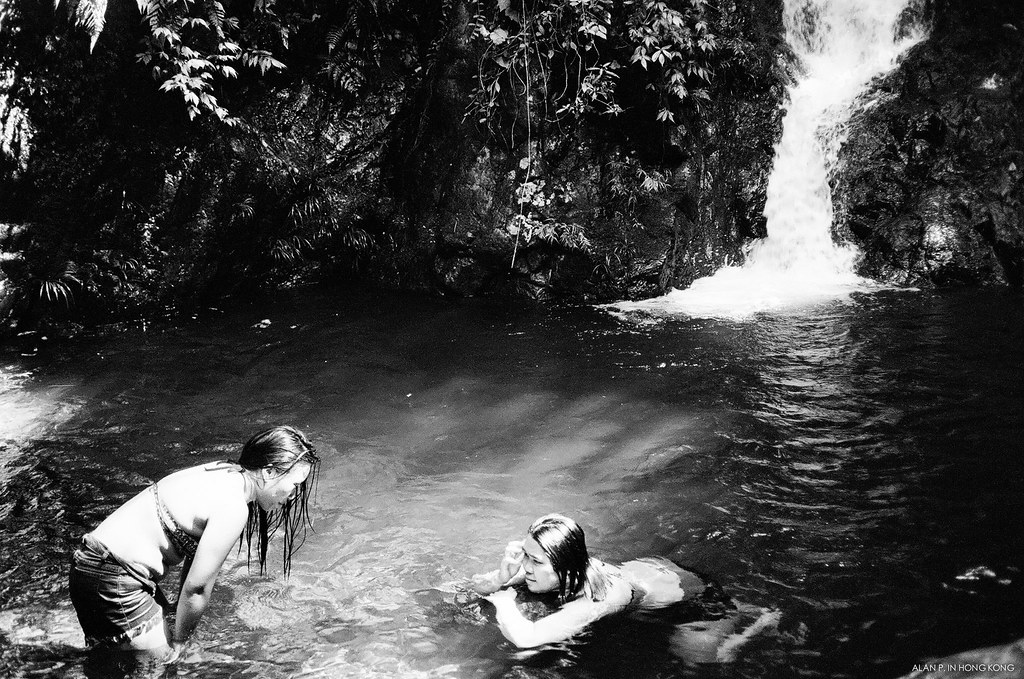 It’s noticeably not as hot as it was in the lower altitudes. The downhill path was all tarmac road path. Motorists can easily drive up to 700m in the country park through this path. I suddenly felt like an idiot when there’s a much easier way to get to the peak. I immediately realize the cruelty in my life. The things I do in life are never the shortcuts, never the easy way, never equipped to be one of the best or at least above the average. I wish to live a life without worrying on career and income, is there such way? 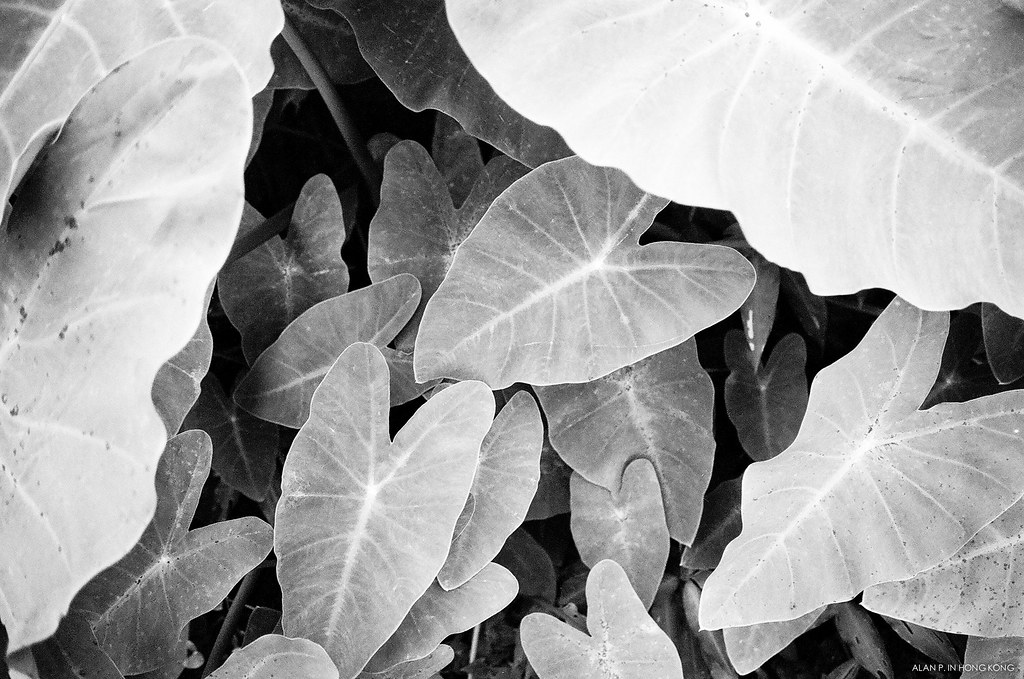 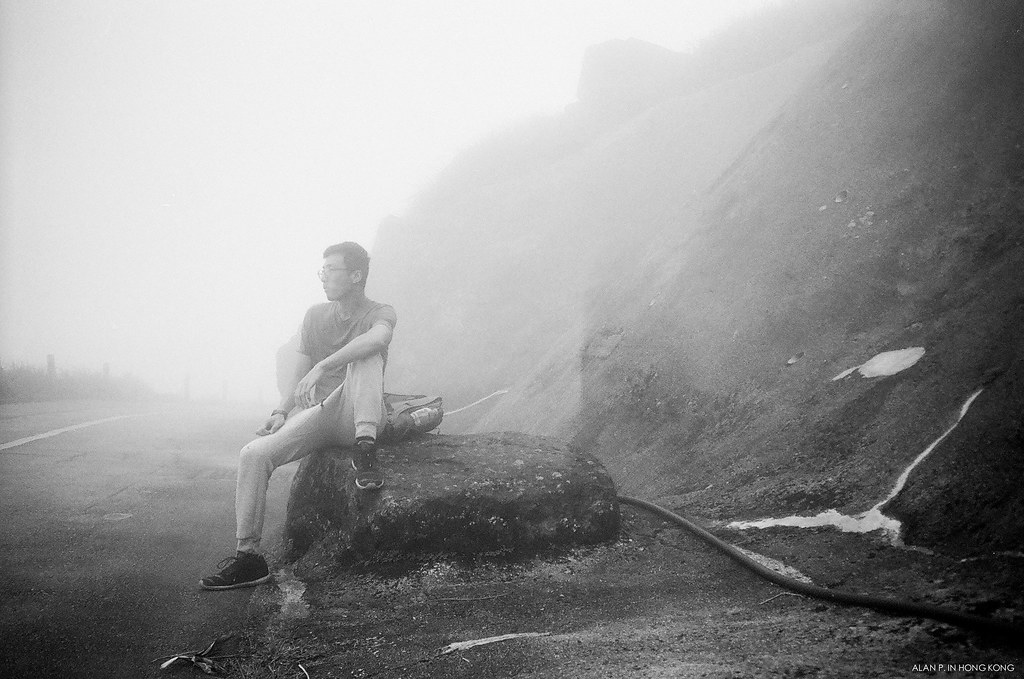