Lately, there’s just so much bullying happening around me. That had touched my nerve and became very sensitive to the injustice. I was a very timid person until recently I witnessed an authority had terminated the life of 4 banyan trees that were a century old. It sparked my concern right the way and participated in more online discussion. I questioned why the trees were not trimmed but used the most brutal painful way by chopping them off. A tree expert had suggested that the trees are healthy, only the top section of the wall needed maintenance. However, the Highway Department and its committee consultancy suggested otherwise that there’re signs showing immediate threat to public’s safety and they needed to take action 7pm at night. When there’s no consent but a hasty email notification to the district representatives and councilors. It overrode the normal procedures and more importantly to our concern. The public did not know what’s happening. I only saw what’s remain at the site, I was there pondering and deeply sadden when I only see the bottom roots on the wall of where the trees used to be. It’s no different than executing 4 human and put them on display forever. It’s a visual torture to walk by and see their roots everytime, a reminder of the premature and sneaky decision made by the government authority.

The existence of my blog was to photo document some of the city’s changes around me. I just never expect this quick. I had never imagine when the unwillingly change actually takes place near our neighborhood would feel this way.

The Cause:
A wall tree fell down and injured two pedestrian the month earlier when the last typhoon hit Hong Kong. The tree was huge enough to block the entire two way passage at Bonham Road, Mid-Levels. These other 4 trees i referred to were cut down recently along the same wall 10-20 meters apart.

The Incident History:
Last year almost the same time of a year, a tree fell and killed a pregnant woman while waiting for mini-bus (I was waiting for bus right opposite the street 5 hours earlier in that morning). It’s an unlucky incident and residents in the neighborhood had offered the greatest sympathy to the lost. Later was found out that the fallen tree had fungi infection, its body became hollow and brittle. There were blames on why government did not foresee this dying tree. Much of its attention had diverted to how safe are these non-humanly planted trees on Mid-Levels.

Why These Trees Matter?
Walled trees are the living heritage of Hong Kong. There used to be plenty of them on Mid-Levels, Hong Kong. As more private development activities (expensive apartments) set in place, less and less trees are remaining in the non-private area (roads). Trees are less of the real estate developers’ concern, their one and only concern is how much they could make out of every possible square foot.

These 4 trees on Bonham Road were there even before the World War I. It states the history of what neighborhood had been through. And really the trees and the wall it grew on are what’s unchanged for a century. Thanks to the government, they’d successfully wiped out our district history once again.

Trees are the natural landscape. They’re some nice buffer to our concrete high rises. It marks the overall atmosphere uniquely. Given that so few trees have left, it’s even more unique in a modernized city setting. They are the shelter, the eye reliever, the air cleanser. It’d completely changed the face of a neighborhood. Without these trees, our neighborhood is turning into a ‘city of sadness’ (悲情城市) without a human touch, without a soul (沒人情味).

There’s the recognized Rights of Nature. Show some respect to our nature. And I’d like to see some day trees can be planted densely in the city, but it’s a ‘new thinking’ when trees has to worth a dime here.

The Trees and Its Repercussion:
Maybe it’s political, maybe it’s a social issue. Anything that has historical value, we strive to protect it would then turn into a property development. I used to think, we must always yield for the greater good. The walled tree incident had changed my perspective and question what’s the greater good? Who’s going to benefit from it? Why can’t some of the heritage co-exist when so much modern developments have already done? When are these developments are going to end? When will the property developers stop eyeing on those heritage sites?

District Matters, None of Your Out-of-Districts’ Concern:
Have you ever seen wildlife animals protect them home turf? I may have taken to an extreme, but let’s put it as our own backyard. When a stranger that you do not know of are destroying your beautiful backyard, what would you do? In North America, you could resolve by firing a gun. Case and point.

When the government does not care how you feel and make radical changes in your neighborhood which none of them live in it, it’s serious. My trust to the government is now broken. I just hate the feeling of being pushed to a corner.

Just when I thought the wall trees are gone forever, the Tung Tak Pawn Shop in Wan Chai listed as a Grade III historic building was about to be demolished. The 3-story structure has a rare curved design and the exterior is still intact. It could be the single most representable pawn shop structure with story to tell of our city’s past. I’d rather see it rented to McDonalds than turn into another high rise office building (the owner’s intention). Many have questioned what’s left in the city besides properties and money. And really what’s left besides those and authority?

You can’t really blame on us oppose in modernization, many of us post-80s, 90s are eager to see the past and it’s impossible to imagine without the tangible heritage site. We want our Hong Kong to have its roots, a way to trace back our history without going into a museum. We all should be happy to have a group of people passionate about our rich history, passionate enough to come out and say that’s enough of modern non-sense. We’re respecting our past, our roots, our history. Seeing the archive images from the past was a disbelief. It all seemed so beautiful when the English Colonial style buildings were everywhere from Central to Kennedy Town. Hong Kong was a little Europe! We should have at least kept a street or two full of these buildings for preservation. It could have been the single most enjoyable part of visiting Hong Kong as a tourist, just as if they’ve entered a colonized street of Hong Kong back then. It’s pointless to erect a sign of monument when the actual monuments were removed. Someday, I think the virtual reality may help us reconstruct what’s once before on each place. 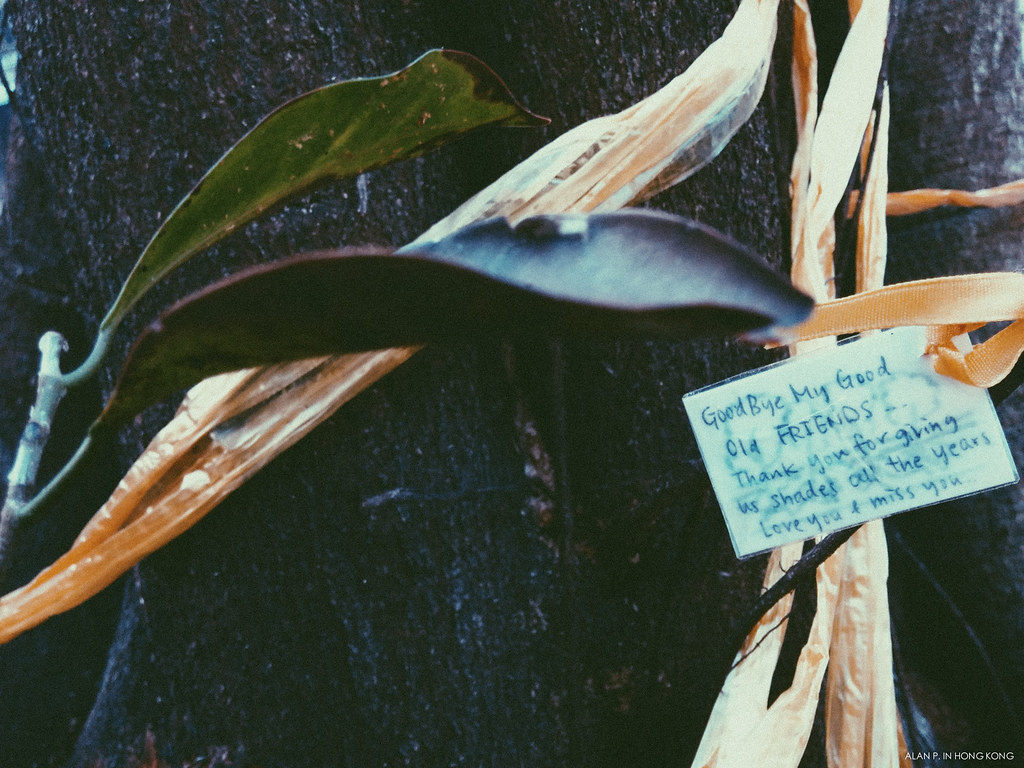 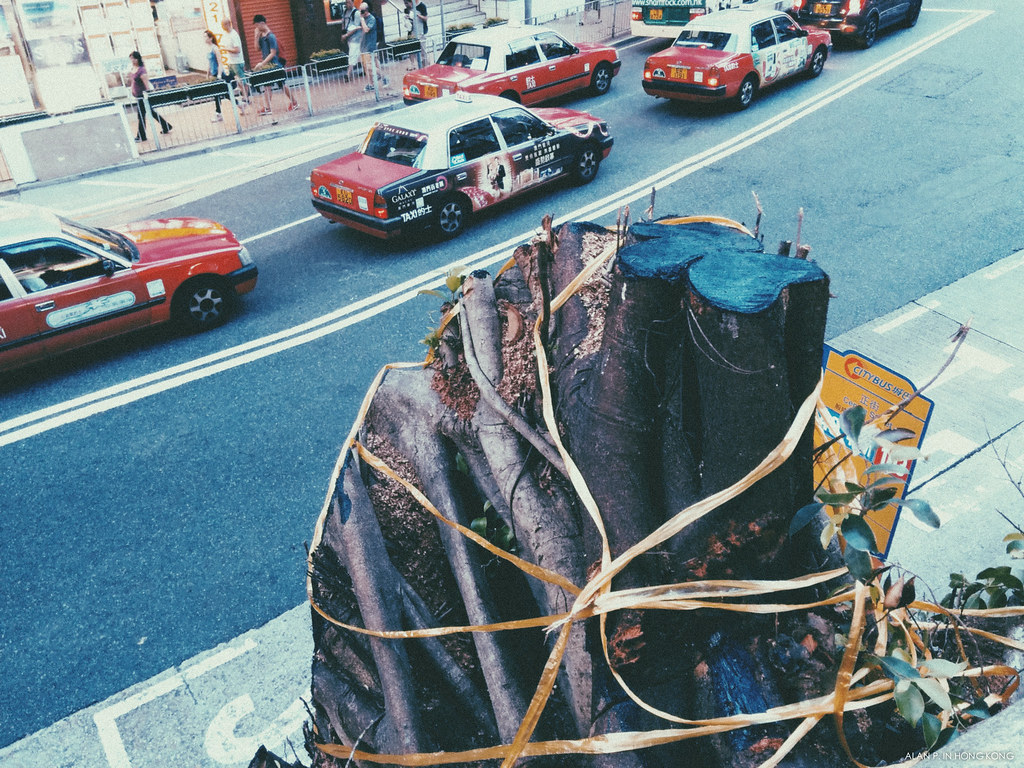 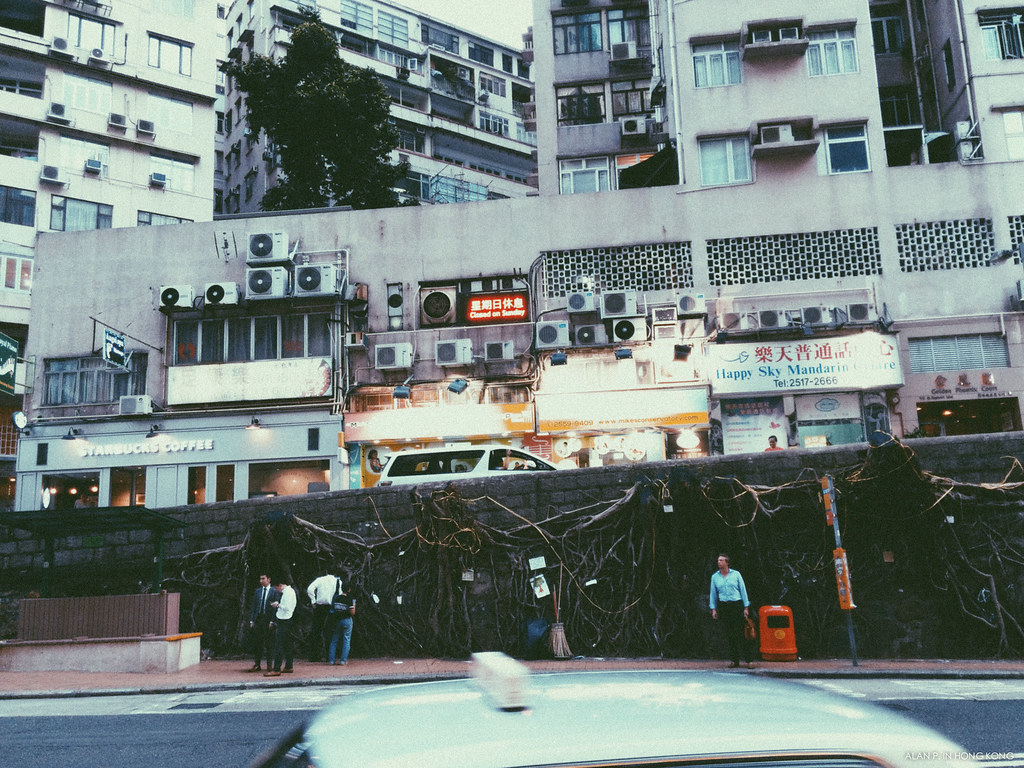 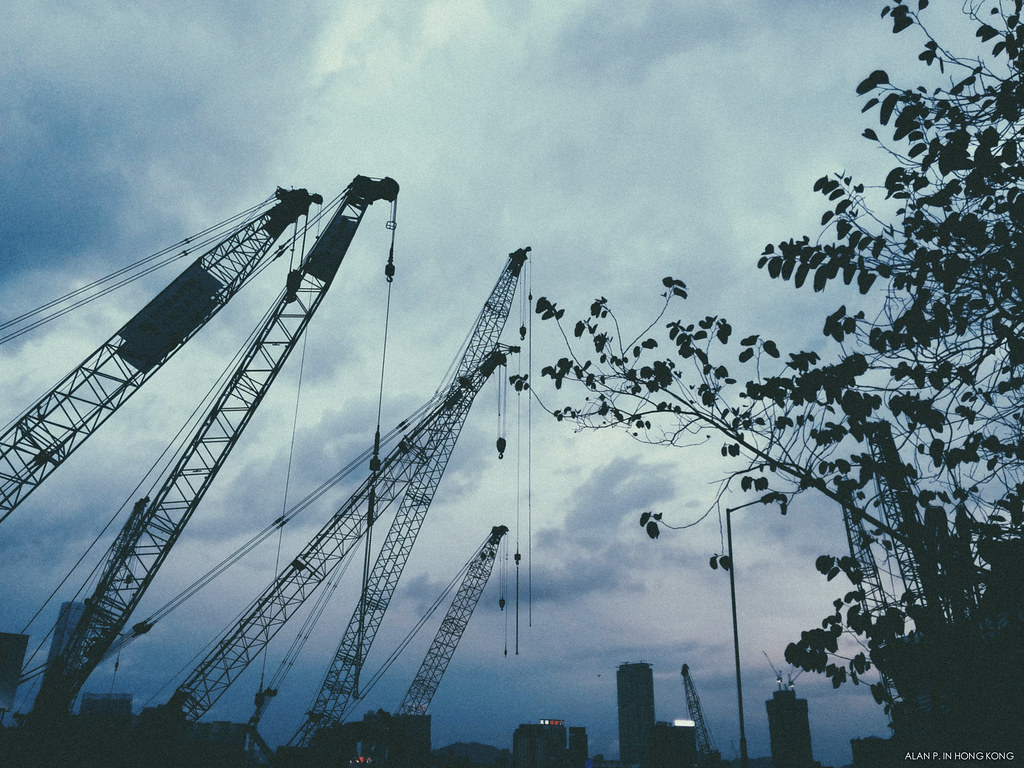 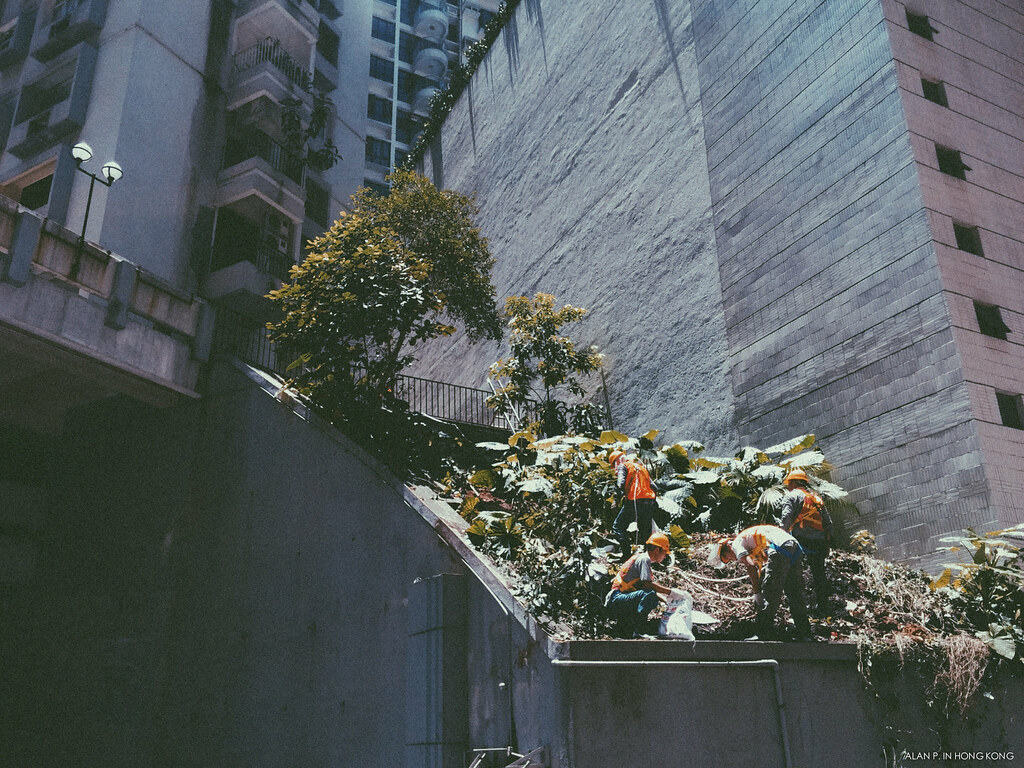 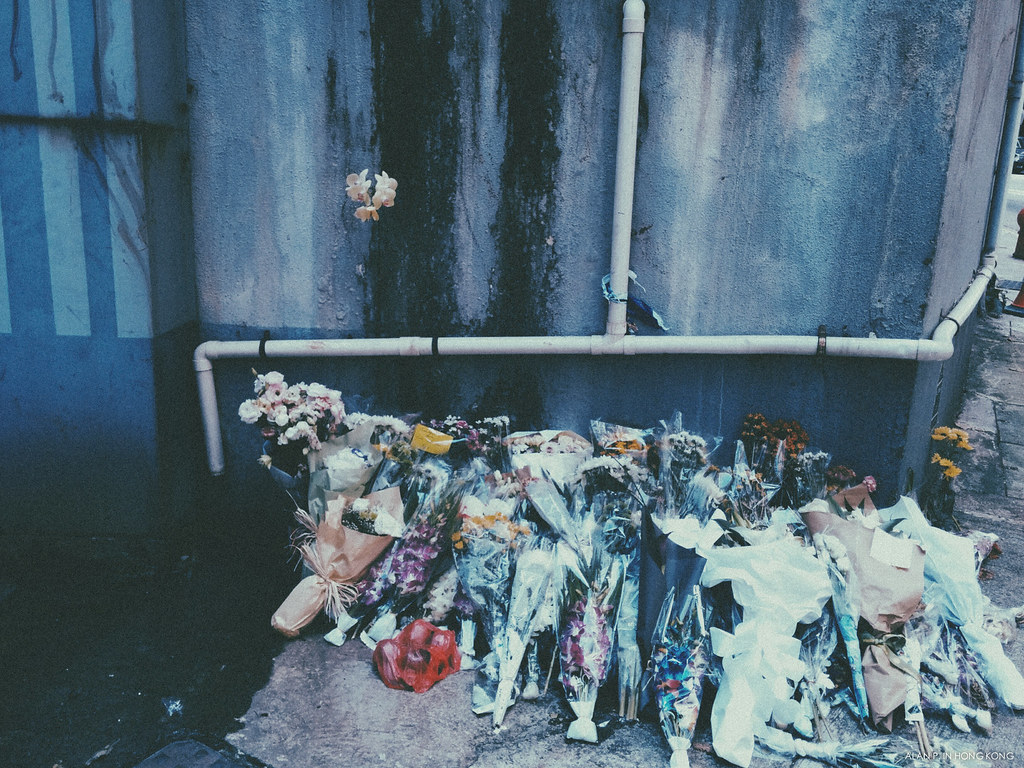 2 thoughts on “City of Sadness”