I’d recently walked into a very decent free music gig and it reminded me of a sunday afternoon I spent time at a live outdoor jazz festival. There was the trio (Jacob Karlzon Trio) from Sweden that participated the Hong Kong International Jazz Festival in 2013. It was spectacular and I could hardly forget. If they’d ever come to Hong Kong again, I’d definitely buy the ticket for the show. Check out their performance.

A little about the so-called international jazz festival. It just happened to me that the festival is not quite a festival with stage that’s as amateur as it could be. Compare it to one of our neighboring southeast asian country South Korea. They have that Jarasum International Festival with a legit stage that practically makes the performers and the entire event like a professional gig. If you really look at the one in Hong Kong, we invited the professional performers but the stage is like for the Sunday school charity choir. As simple as the stage as you would imagine for a low budget organized by the local Jazz Association. It looked cheesy but still sufficient enough for the artists to interact and get to know promote their music. But The only thing that caught my true attention was the music I heard from distance, until the Jacob Karlzon Trio had gone on the stage. I knew I’m looking at guys that live with music. I needed to secure a spot to see the gig. They could all do solos which it made them standout as a whole. I googled their names the evening after. It turned out they’re some really gifted musicians that also compose. Their style is a mix of smooth/acid/modern/neo jazz. 8 mins full of solos and melodic verses on each tune and performed for nearly an hour without any script. It’s not easy to not lose track of where they’re on each tune. As many have said, music is a language of its own. I totally agreed.

The IFC Mall had invited (or hired) two groups and one of them is a trio (Serenading Harp Trio) comprised of a violinist, Cellist and Harpist/Singer. Their performance was magnificent not only because it’s free or the instrument selection (the harp really caught my attention dearly as it’s huge), it’s because I get to see the performance in such close distance. Imagine how far it could really be in a paid theatre. It got me thinking, why don’t I hear music like these more often? You may say in such classy place (IFC Mall), only classical and timeless tunes should be performed. Exactly! When I hear street performers perform, they often just do the hit pop songs. They require a lot less skills and arrangements to get the music playing. Perhaps it’s precisely why I was so indulged to the music played by this trio, it was beautiful and pieces that we do not hear so often anywhere. Yes, the instruments are just like a mini orchestra. I’m quite sure they’d performed a tune or two of a movie theme song as the melodies were like the Crouching Tiger, Hidden Dragon. The Violinist and Cellist had practiced long enough to do the harmonic solos and duets. This freebie gig I wholeheartedly recommend anyone in town to see them play. The event would go on until mid June. Make sure check out them schedule, you’ll love it. 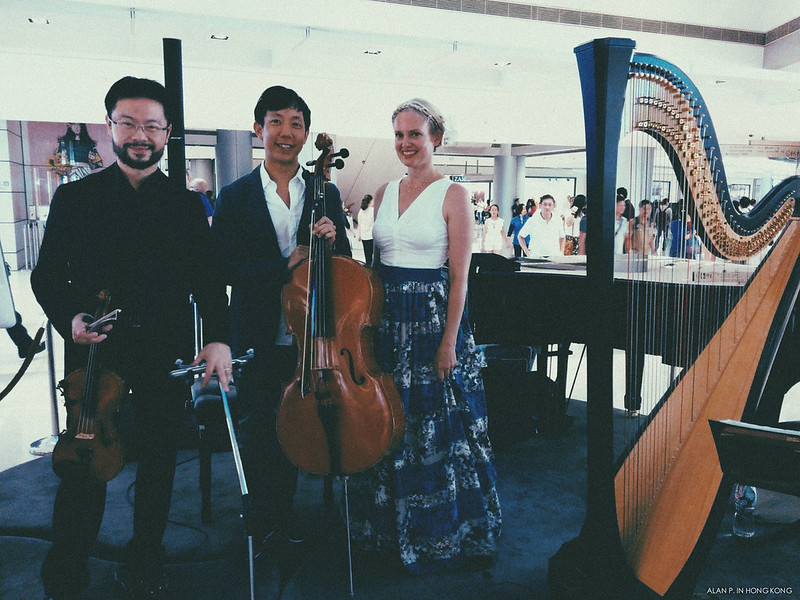 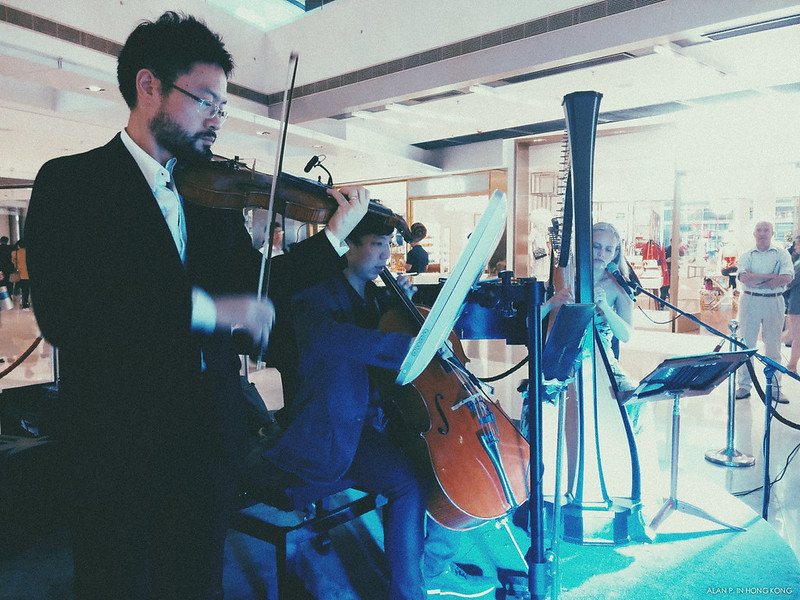