Have you ever struggle on what gear to pick for the day?

When our mind is being fooled by the above perceptions that’s already embedded in our heads, it creates a dangerous suitation which our brain tells you to avoid certain things and objects to shoot with or the opposite, focus on certain things. It further limits our sense and creativity. I’m one that found it distracting.

It wouldn’t be as much of a problem if I were stuck with a one camera one lens. Who says 50mm is the right focal length for portrait? You can shoot an amazing posed portrait with  28mm or even wider. And there’re photographers out there who do that if you research.

So is there a way to stay with one camera, one lens? There’s one thing you could do like what many are doing, that is get a camera with a non-interchangeable lens (marrying a camera!). There are quite a few options out there these days. I, myself own two cameras like this already (feel like cheating!).

However, there’s ANOTHER option you may consider. I found it counterintuitive (completely stupid) but it might actually be possible. It is to get something that you can’t really afford. I was having a look at the prices of some Leica lenses. Holy cow! They’re expensive. I’ve to admit the design of many of their lenses are so compact. And If I have gotten a paid raise I would get the Elmarit 28mm f2.8, retail at $2k USD. It’s something far out of my reach. Get the best out there with a price you can’t afford would leave you not other choice but to stick with the best one you got. That’s my idea! It might be quite an extreme as I described.

I’m a live example of how I afford a Fujifilm X100. A camera that is god-like at my level of photography in terms of price and quality. From time to time, I still admire how good it looks as a camera and amazed how much dedication I’ve put onto my photography to acquire such gear. It’s basically costed a month of salary to finance mine..although I funded it through selling my previous camera gear.

I have told some of my readers that X100 is a legacy Fuji has started in the industry. It’ll be a camera that hardly go out of fashion as it was the first Fuji camera that offers a retro style, built-in hybrid viewfinder, fixed prime lens. Years from now, it’d still be the first rangefinder style modern camera that wins over many people’s heart. It’s designed for certain enthusiasts, for certain photography. Someone like me really appreciate it as a tool to express emotion and record my exploration.

I tend to throw my GRD into my bag and head to work daily. As the GRD is light and I knew I won’t be shooting too many photos during the lunch hour or after work. I have gotten great results from it since it’s with me all the time. At certain point, I even prefer it over the X100. 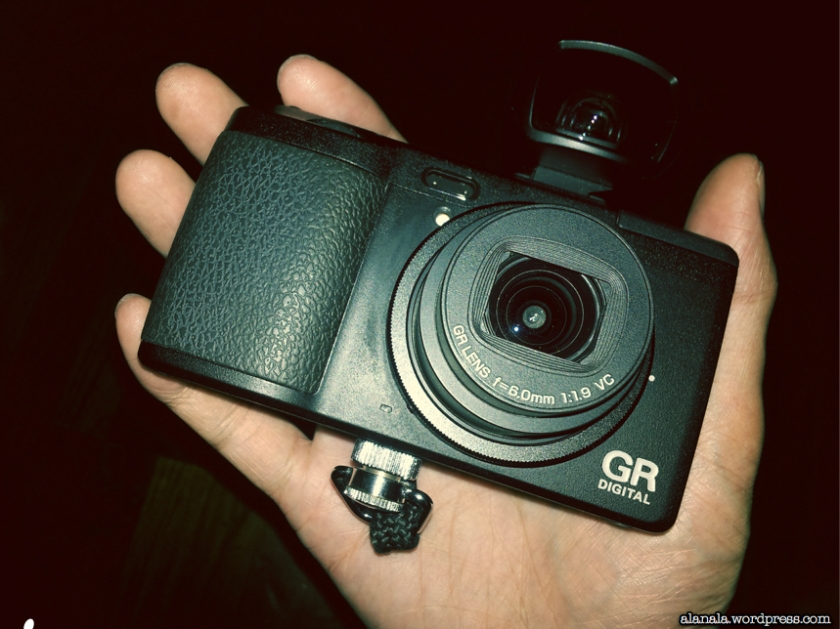 So what’s wrong with the X100? Nothing’s wrong. Besides the thicker body and heavier weight while it’s still very compact. It’s a camera that well performs and yields top notch quality photos. I often found excuses with the 35mm lens. My excuse had always been, 35mm is not wide enough on the narrow streets of Hong Kong. I argued my statement and fought after it. I took my 35mm X100 to Sheung Wan, a place where I usually shoot with a GRD.

I shot photos of how I normally do (odd stuff at an alley, people, environment, sky). To me I’m accustomed to both focal lengths, so I found no difference in most cases when shooting. My eyes and legs did the distance adjustment for me. So my final thought to my post title is valid.

If I ever climb to the Leica level of photography and get only one lens which focal length would I get? I would leave it up to the future as I’m still at an early stage of my photography. One thing I know for sure. If I’ve never used a 28mm, I’d never know how close I need to get to a subject for portrait. There’re still much to learn with my lenses. 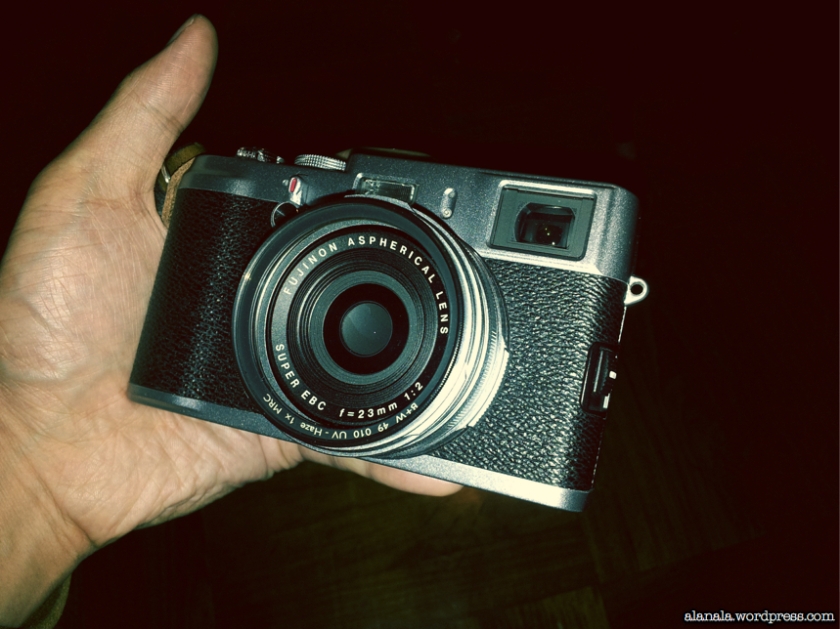 I’m going to use my X100 as a daily camera for a month and see if I’d still come up with interesting shots during the week. I also want to train myself to adjust manual focus while on the go from my normal zone focusing distance 0.6-0.8m to 1.5-2.0m, that is if I’m able to use the focus ring effectively without relying on the AFL button.

5 thoughts on “Quit discriminating your lenses”